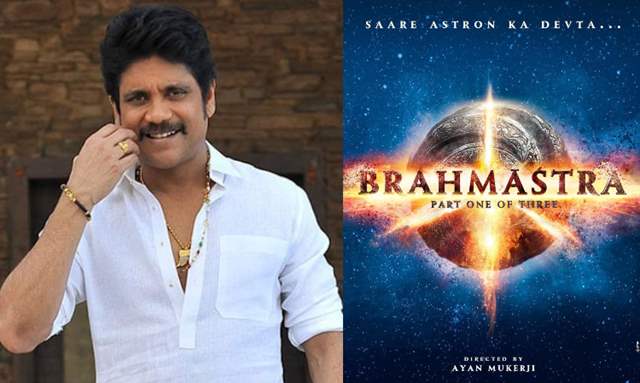 It’s been 17 years since South superstar Nagarjuna Akkineni was last seen in a Bollywood project titled LOC Kargil (2003). However, despite the long years, he has never given up his dream to have a career in Bollywood and nothing has changed today.

It was 17 years ago that the South superstar was seen in a Bollywood project and that’s because he was never 'chasing a dream' of having a career in the Hindi film industry, and nothing has changed even today.

A Hindustan Times report quoted him saying, “I’ve done some good films with good directors, and have fantastic experience doing whatever Bollywood films I’ve have done since the beginning”.

He also mentioned that he is glad to have left a lasting impression, which is remembered even today.

Reminiscing about his career trajectory so far, he says, “I’ve done some good films with good directors, and have fantastic experience doing whatever Bollywood films I have done since the beginning”.

In fact, he’s glad he was able to leave a lasting impression, which is remembered even today.

“Now, people like me in Bollywood, and anywhere, Tamil Nadu, Kerala, Karnataka, or Mumbai. My films are watched, and that means my producer gets a little more money to play with while making a film. So, it helps an actor’s career,” explained the 61-year-old, adding, “But, I’ve never looked at the craving of acceptance in Bollywood.”

While the actor is all set for the Brahmastra’s release, the film continues to remain in limbo with the country undergoing another wave of the pandemic, reported HT.

Nagarjuna confessed that he was touched when after so many years, producer Karan Johar along with director Ayan Mukerji reached out to him for the special role, with Mukerji telling him, ‘We thought of you only when the subject was written’.

“I was happy and I was very much interested when I saw what they were offering me”, he said.

The south star showered praises on his co-stars as he added, “Even though Amit ji (Amitabh Bachchan) is in the film, my main work was with Ranbir (Kapoor) and Alia (Bhatt), who’re very intense actors. It was incredibly fantastic working with them, especially Ayan, who’s like a little boy on the set and very passionate about his craft.”

Now, that Nagarjuna is all set for his comeback in Bollywood, the only question remains will the fans get to see more of him in Bollywood after Brahmastra. Speaking about the same, Nagarjuna added, “Well, if something nice comes up and if I fit the bill, I’d love to do the Bollywood film. But at this point of time, I’m very comfortable with where I am.”

Meanwhile, the actor will complete 35 years in showbiz in May.