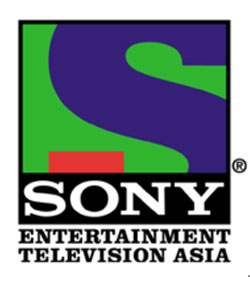 UTV's  upcoming show on Sony TV, which is the remake of a Tamil show, Metti Oli, has been a buzzing news in the tellydom off late. The news of Eijaz Khan coming back to fiction was spread with full strength and he was reported to be paired against Neha Janpandit.

Tellybuzz earlier reported about the show being kept on hold, but the latest we hear is that the show has been shelved after the long delay.

On the show being scrapped, a source informs, "The unit was supposed to start its shoot last month when the previous show Chhajje Chhajje Ka Pyaar went off air. But apparently there has been no developments since then from the side of Production House."
"Production house reasoned that since the show is remake of the Tamil show, there is an issue of copyright, and got into a legal tangle with the original makers. The production is trying to meet the compensation of the actors," adds source.
We tried contacting Eijaz Khan but all our efforts were in vain.

We contacted Neha Janpandit and she states, "I have no idea about the show as I haven't received any updates from the production house."
As per the reports the next upcoming show on Sony TV will be Rajan Shahi's next, Kuch Toh Log Kahenge…starring Mohnish Behl and Kritika Kamra.
Let us wait and watch whether the show succeeds to come in the limelight...
Reporter and Author: Tejashree Bhopatkar
51 Likes

-Rahi- 9 years ago all the best kritka...looking forward to ur show

Pranii 9 years ago thanks for the article, looking forward to Kuch toh log kahenge-the promo is really sweet and seems interesting story. wish them all the best. cant wait to see Kritika back on screen :)

Sp666 9 years ago Love you loads Kritika, looking forward for your new show!

kavyasam 9 years ago I am loving that so many articles are coming out. all the best.

LuvAbhiyaarjuhi 9 years ago I want This show to start soon !! I'm soo happy that kritika's back

Allwaysindian 9 years ago I am waiting for Kritika's new show. Brilliant actress she is