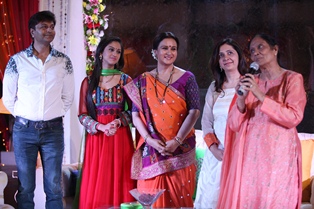 Ek Nayi Pehchaan, Sony Entertainment Television's latest innovative offering is a story which redefines the relationship between a mother-in-law and daughter-in-law and tells us how when two women become each other's strength rather than downfall, it can change the dynamics of a family in a very positive way. It narrates the story of Sharda, a traditional housewife whose life is a complex mix of contradictions and how it changes with the entry of her daughter-in-law Sakshi who becomes her strength and inspiration.

Starring the charming and graceful Poonam Dhillon as Sharda Modi, who returns to television after a long hiatus and the beautiful Krystle D'souza as Sakshi Modi, her daughter-in-law. Sony, presents to its viewers, a simple story filled with powerful drama, emotional twists, camaraderie and much more, with Ek Nayi Pehchaan that premieres on December, 23, 2013 every Monday to Friday at 8:30 p.m.

Produced by Jay Mehta Productions, Ek Nayi Pehchaan is an official adaptation of the popular Gujarati play Sharda', scripted by renowned Gujarati writer Varsha Adalja. The show explores the worlds of two different women with contrasting personalities, who elevate each other. Neglected and taken for granted by her own family, where her semi-literate character leads to her having low self- esteem, Sharda finds solace in her newly wedded daughter-in-law, Sakshi, who not only comfort's her but also lifts her confidence and educates her. In return, Sharda guides Sakshi by sharing her wisdom and teaching her the virtues required to keep a family together.

Speaking on the launch, Sneha Rajani, Senior EVP and Business Head, Sony Entertainment Television, said, "At SET, it is our constant endeavor to offer variety and novelty to our audiences by focusing on relatable themes, identifiable characters and empowering stories. Ekk Nayi Pehchaan is another offering in this direction; it is a contemporary, relatable yet inspirational story which stands for female empowerment, for hope and happiness, and for encouraging people to improve their lives by changing how they view traditional relationships. I hope the show will be appreciated by the viewers." 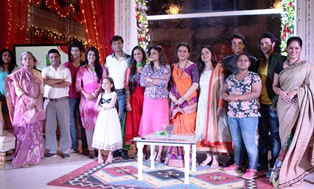 Jay and Kinnari Mehta, Jay Mehta Productions, further added, "Ekk Nayi Pehchaan is a small effort in breaking all those clichd stories on saas-bahus that we have seen so far. It is a simple story of a beautiful bond between two women who complement each other's lives. Apart from a social message on education, what we really want to show is the beautiful bond shared between a mother-in-law and a daughter-in-law, and how if they complement each-others lives, they would both lead a beautiful life bringing happiness to the entire family. We are delighted to associate with Sony Entertainment Television and look forward to keeping our viewers engaged with good content.

-LiveLaughLove- 6 years ago Krystal Dsouza you were amazing in the first episode!

Sexylicious. 6 years ago Krystal dsouza u are amazing!
Best of luck!

Love_Family 6 years ago Can't wait for the show!
It looks really interesting!
Absolutely can't wait for Krystle's return!
All the best KD!!
Love you so much!!
You gonna rock!!!!

Krazzy_Shweta 6 years ago All the best KD for d new show
love u alot !!!
n u r surely gonna rock

sumayyah1 6 years ago all the best
good luck
cant wait