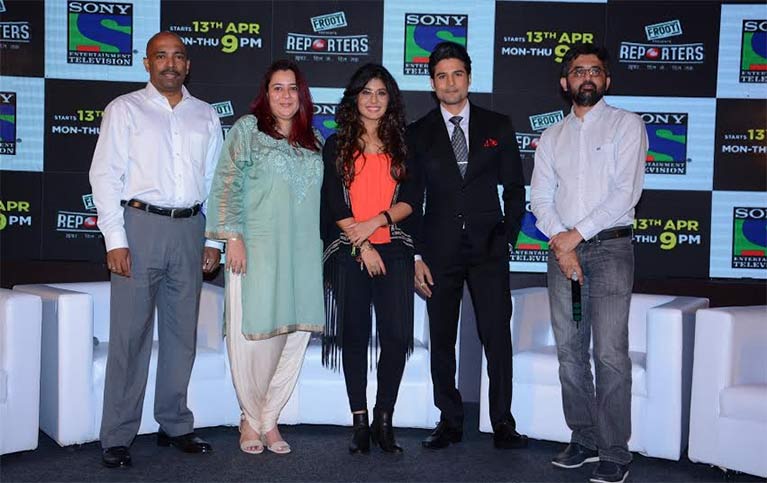 Well Sony TV, and Rose Audio Visuals Pvt Ltd is now all set to present a mutli-starrer  show Reporters featuring Rajeev Khandelwal and adorable Kritika Kamra on television.
Well, the story has a back drop of a media house, it shares the journey of a seasoned and star journalist Kabir Sharma (Rajeev Khandelwal) and a rising reporter Ananya Kashyap (Kritika Kamra).

While Kabir has a dynamic personality, Ananya is an ambitious girl who wants to create her space in this competitive media world. The show will revolve around these two distinct personalities having contradicting principles but yet they tend to come together.
A fresh concept, stellar cast and direction by popular film maker Goldie Behl makes the show worth to watch!
Phalguni Sharma

+ 4
6 years ago Anxiously waiting for this show launch jst to see what new content is dished out by the channel.

Lets hope it turns out to be as good as it sounds.

6 years ago THE STARS ARE INTERESTING,HOPE THIS IS ONE OF THE BEST SERIAL IN THE FUTURE. ALL THE VERY BEST TO RAJEEV KHANDELWAL &KRITIKA KAMARA.

+ 5
6 years ago It will be so wonderful to see Rajeev Khandelwal back on TV! Kritika Kamra is cute! The plot sounds interesting and different!

+ 2
6 years ago Oh my!! Something I am looking forward to!! Rajeev Khandelwal should be good!

6 years ago All the best for your new show Kritika Kamra!!

6 years ago eally glad to have Rajeev Khandelwal back on TV. really excited for the show. promos look great and show looks promising...

+ 5
6 years ago really glad to have Rajeev Khandelwal back on TV. really excited for the show. promos look great and show looks promising.

6 years ago All the best Rajeev Khandelwal

u will rock as always