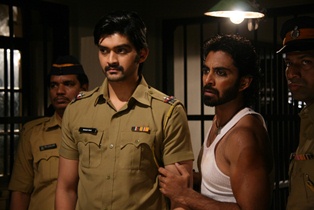 Sony Entertainment Television spices up the weekend action with the launch of its latest crime entertainer, Encounter; a show depicting dangerous encounters between gangsters and the police, starting from April 11th at 9 pm. The dose of suspense, thrill, action and drama also goes a few more notches higher as three of the top crime shows on Indian Television CID, Crime Patrol and Adaalat go tri-weekly starting from 11th April, every Friday - Sunday. Produced by Endemol, Encounter is a series of stories tracing the lives of larger than life, fictional gangsters who are brought to an early end in this thrilling series. Down the years many gangsters have risen from the streets to dizzying heights of the underworld, drunk on money, power and brutality. Men who threatened to hold the very existence of the citizens to ransom and change the destiny of a city. History has it that these ruthless beasts were tamed and annihilated in their own backyard by the brave men of law. Acclaimed actor Manoj Bajpai will present the series and will narrate each story from a neutral viewpoint, leaving the audiences with key insights pertaining to these stories. The series will feature prominent actors like the leading Marathi actor Rajesh Shringarpure Aditya Redij, Mishal Raheja, Prashant Narayanan, Rohit Khurana, Megha Aditya Shroff, Adaa Khan and 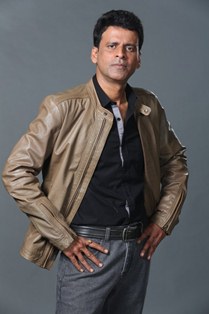 Pramod Moutho amongst many other well-known television faces.

Commenting on the same Gaurav Seth, Senior VP and Marketing Head, Sony Entertainment Television said, "SET's crime shows have always been well received by audiences and hence we have decided to triple the dose of entertainment, with CID, Crime Patrol and Adaalat, which will now come thrice a week. Our latest offering Encounter' is attuned to deliver a unique and novel television viewing experience which will not only appeal to the existing viewers, but bring in new viewers as well. The stories are brilliantly written and are brought to life with extremely well-etched characters. It will be presented by one of the most gifted actors of today, Manoj Bajpai; whose unique touch of narration will ensure that viewers are engaged and on the edge of their seats. We are confident it will appeal to all our audiences with its unique mix of crime, drama and action."

Commenting on the show, Manoj Bajpai said, "Viewers will see me getting into the depth of the story to present it from both points of view - the police as well as the gangster. Every week, we will tell the story of a gangster - from his early days to the point that leads to the infamous Encounter. The stories will be narrated in an interesting and gripping manner which will hook audiences of all ages."

So you can now kick start your Friday evenings with the mystery and suspense filled courtroom drama, Adaalat at 8pm, followed by the action packed new show Encounter at 9pm, some high octane action with CID Giraftaar' series at 10pm where ACP Pradyuman (Shivaji Satam), Daya (Dayanand Shetty) and Abhijeet (Aditya Shrivastav) are behind bars and have the difficult task of proving their innocence and lastly witness real life crime stories with Crime Patrol at 11pm.

7 years ago MR waiting for episode...promo or pic ..pls post it if possible

7 years ago Love u Aditya Redij love u

jaan as Police Inspector Bhagat on encounter show u Rocks...But jaan Miss u so come soon Love u.

7 years ago love Aditya Redij love Fri--sun super ur show love it so so much u awesome as Police Inspector roll love ...

you are awesome
love you so much

7 years ago i love u Aditya Redij ... ur Encounter show super u rocks as police inspector .. now again waiting for u ...

+ 4
7 years ago Waiting for the next episode featuring Mishal.

7 years ago MR is the most talented actor...he deserve good work...glad he is back

+ 6
7 years ago Waiting anxiously to watch mishal on screen ...

7 years ago Hello Aditya Redij so happy sunday ...awesome performance in Encounter as Police inspector ur all expression outstanding .. all the best God bless u.