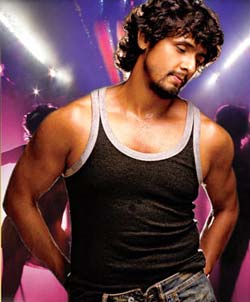 Paying tribute to Mumbai, a year after the 26/11 terror attack, singer Sonu Nigaam Wednesday unveiled a song he has composed in memory of the victims and heroes.

The song 'Ungli uthe to, koi bare to, kardegi bagawat Mumbai' was unveiled exclusively at the Big FM office Wednesday.

Written by Subbu, the song has been sung by 15 singers.

'I composed this anthem because I thought if this has come my way, there must be some good reason behind it,' Sonu said.

Even Bollywood megastar Amitabh Bachchan has lent his voice to the opening lines, before the song.