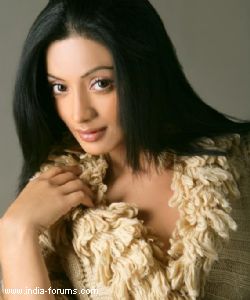 She will play the character of Rambha, a Lavani dancer who will come down to Shivaji's place. There is a mystery associated with her character which will be revealed later on as the track progresses.

We contacted the actress who confirmed the news. "Yes I am playing a Lavani dancer, the character has different shades to it and the audience should watch the show to know more. I can't reveal much now," said Sonia.

Sonia was last seen on Zee TV's Yahan Main Ghar Ghar Kheli and will be active in Veer Shivaji from Monday's episode.

shubhra_deepti 9 years ago wow... i really really like your character "Rambha".. i've never this performance on tv screen ever... u set the screen on fire.. GOD bless you Sonia.. really enjoying the show

+ 2
9 years ago Yaay so I guess that;s the end of Koyal's character from ymggk :)
Good luck Sonia!

9 years ago She has played about more that 5 Serials!

+ 2
9 years ago Dr.Kirtiii we Miss You.
All the very best for you future.

9 years ago Looking forward to her entry ... love the show!

+ 3
9 years ago All the very best Sonia..You will always be our Dr. Keerti

saahr-cute 11 years ago always,always!!!!!
he is the all time legend!