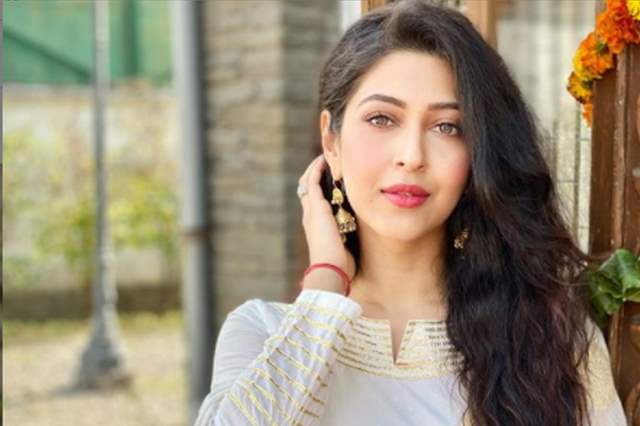 It is almost impossible to realize that actor Sonarika Bhadoria, who has been on the tube for almost a decade now has not starred in any Bollywood film yet. We say that because Bhadoria has been a part of an array of TV shows and also been in several South Indian films too. But now, after all these years, Bhadoria is all set to make her Bollywood debut, and she will be doing the same with Ashish Sharma in upcoming film, Hindutva. The film will be entirely shot in Uttarakhand and is written and directed by Karan Razdan.

The film will also be partly shot in Kashmir. Talking about it to Times of India, Bhadoria said, "I am happy that I am finally doing a Bollywood film. I have done many films in the south but I was waiting for a good, author-backed role and I am glad that Karan sir thought of me. Hopefully, by the time the film is over, it will released in theatres and masses will see me on the big screen."

She added, "I am playing many shades in the film. While I have done many TV shows and South films, this is the first time I will get an opportunity to play many shades in a film. In a TV show, you are generally playing 1-2 shades but in this film, I have many different shades."

Talking about future plans, Bhadoria said, "As of now I am focusing on the Bollywood film project. I don't make plans for future because you don't know what's in store tomorrow."

1 months ago who are these lazy writers who dont even bother to research properly before writing an article? sonarika had her debut in bollywood long time ago in a movie called saansein. This is her second movie.