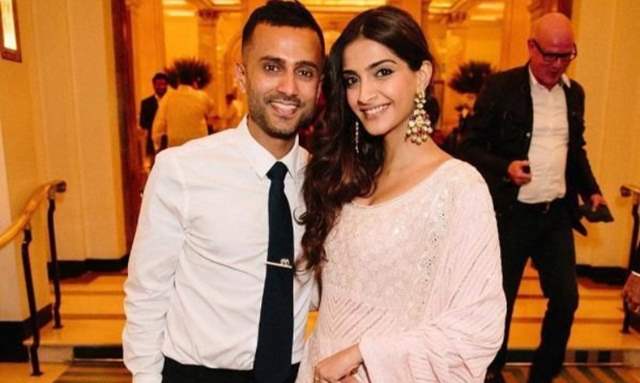 Actor Sonam Kapoor and her husband Anand Ahuja came out in support of farmers who are protesting against the 3 agricultural laws passed by the government in the parliament. The issue made it to the international headlines as the farmers' protests are heading towards the borders of New Delhi.

Many celebrities offered their support to the bread makers of India and have raised their voice for the farmers. Sonam and Anand joined them and shared posts explaining the purpose of the farmers' protests. In another post, they even revealed why they did so.

Taking to their Instagram Stories, Sonam explained that it was alright for people to have different opinions about the protests. Anand further wrote that the fears of the farmers regarding the no minimum price guarantee were real and that protocols to avoid the outcomes needed to be put in place before the changes were executed.

Anand’s post read, "Some people are supporting the protests, while others are supporting the bill changes... it's ok to have differing opinions. The reason I shared these posts about the protests today is because I realized that while the idea behind "Free markets"/ letting farmers sell directly is understandable, the farmers; fears of no minimum price guarantee and the potential for private strong-holding and corruption are REAL. Protocols to avoid these outcomes NEED to be established before any changes are implemented." 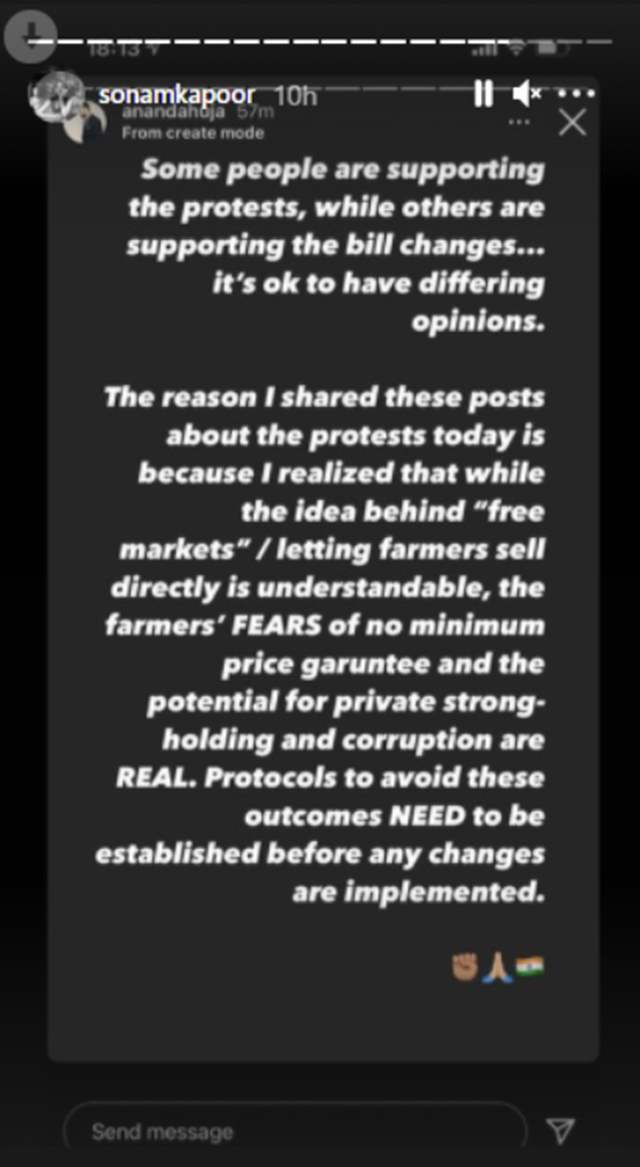 Apart from Sonam and Anand, celebroities including Diljit Dosanjh, Taapsee Pannu, Sonu Sood, Riteish Deshmukh, Hansal Mehta, Swara Bhasker, and others too have joined the farmers in solidarity.