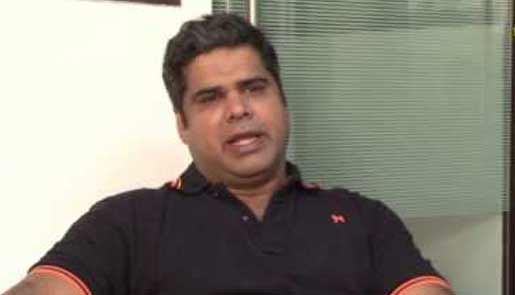 The film's teaser was released recently and the new Hindi movie has already managed to generate interest in some overseas territories.

"We are thrilled by the feedback the teaser has received, although we know that it's still early days. We are hoping that the next trailer will create a bigger buzz among the audience since it will reveal more," Raj Malik, senior vice president production and distribution, Krian Media, said in a statement.

"Our plans to give the film a big release in non-NRI markets are gaining momentum, and there are enquiries pouring in. 'Solid Patels' will release on 550 screens in North America alone," he added.

Starring Shiv Pandit, Shazahn Padamsee and Ali Asgar, "Solid Patels" has been produced by Krian Media and is slated for April 24, 2015, release.

"Comedy is a universal genre as far as a film's entertainment appeal is concerned, and hence it was anticipated that 'Solid Patels' will strike an early chord with the film trade," said Ashish Saxena, chief operating officer, Big Cinemas.

Mike Speath, a leading North America film distributor, said that the teaser of "Solid Patels" was "quite refreshing".

"The teaser played in around 100-odd cinemas in the US against 'PK'. The audience in this part of the world are now looking for differentiated entertainment and it seems to be just that," he added.