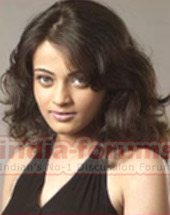 The very beautiful Sneha Ullal has been lying low for a while. But now the pretty teenager who had made news initially for her resemblance with the most beautiful woman in the world Aishwarya Rai Bachchan, is ready to resurface with a whole lot of interesting projects lined up.

“I have ‘Kaash Mere Hote’ with which music director Shravan has turned first time producer. The film will hopefully release soon, most possibly by December. The hero is new and there is another girl called Sana Mirza who is playing the negative role. I have also done one Telegu film with director Karunakaran who is famous in the South. I took it up as I thought I should do a good South film instead of some bad Hindi film. It was shot in Hyderabad on and off for almost hundred days. I am also working on a film with Santosh Sivan where I will be seen alongside Shreyas Talpade. I play a very challenging role. This film will release in early 2008”

Sneha has another interesting project coming up, something which is capable of giving her fame on an international level. The movie ‘Gandhi Park’ which is to be directed by award winning actor-producer Tom George Kolath for which Aishwarya Rai was the original choice. She reveals, “For ‘Gandhi Park’ I was supposed to shoot in December in NYC. The hero is American,Brandon Sommers. But it will be terribly cold there then. So maybe the shoot will be delayed. It’s about a girl who is brought up abroad and the cultural clashes involved. You know what; I don’t mind the traveling part at all. When I joined the industry I knew I had to travel.”

And that’s not all. She quips, “I will be appearing in a Sufi album. I have done salsa classes and I enjoy dance a lot. But now I am taking up cooking lessons. Not for some role. Just because I love to do it.”

The demure damsel admits that are valid reasons behind her decision to keep a low profile for almost a year now. Explains Sneha, “I had got a lot of offers and most of them were for roles like the one I did in ‘Lucky- No time for Love’. I wanted to break out of the baby image which got etched in people’s mind post ‘Lucky’. So though I owe a lot to that film, it didn’t do too much for me. People categorized me and thought I would only do similar stuff. ” 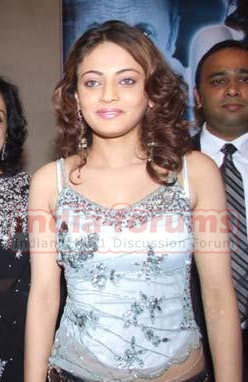 But now she has a fixed agenda in mind. “My second film ‘Aryan’ was also not accepted either. There again I looked very young in spite of the fact that I was playing mum to a young kid. Now after a lot of hard work, I think I have started looking about 20. Now I am sure as to what I am supposed to do and where I am supposed to work. There are a whole lot of things that I can do. I want to start afresh and want people to take me seriously. Hopefully from 2008 onwards it will happen,” she says.

Adds Sneha confidently, “In ‘Kaash Mere Hote’, I do have a baby role. But that’s about it. I was supposed to do a similar role in a film with Mimoh Chakraborty but that’s not happening either now.”

Why is Sneha not being written about much? Why does she prefer a low profile? “I am very shy by nature. Talks are always on for a lot of things. But then, I don’t have a godfather, to tell me what to do and what not to. There a lot of things I can do to exhibit my talent. But I just don’t want to sign anything and everything. Glamour roles are not a no no either. But then I will draw a line. I have to decide if I am made for the part or not. I don’t have too many friends from the industry either. I just talk to Salman (Khan) and Sohail (Khan) from the industry. Actually I really have not done my PR aggressively,” she retorts.

There are a whole lot of things for newcomers like her to do on TV as well- reality shows, dance shows et al. But what has made her stay away from that too? She replies, “I am very shy. I am not outgoing and all that. I just want to go out to act in films. That’s the only thing that interests me. But this nature of mine has been misinterpreted too. People think I am arrogant and everything. I am a girl who just thinks about work. I want to experiment with roles. But people have got the feeling that I want to display a ‘sati savitri’, goody goody image only”

On that note she also puts to rest other rumours connected to her as well. “I was supposed to do ‘Toss’. But the deal fell through because the signing amount checks bounced. And I walked out after proper talks. But somebody decided to spread false news abut me being thrown out,” she states.

Sneha has drawn a lot of attention for her looks and more so because of the constant comparisons with Aishwarya Rai Bachchan. Says an amused Sneha,“I feel nice. But the problem is I am a very bad compliment taker. I feel I take criticisms better. As for comparisons with Ash, I have become used to it by now. Now it’s more like a common thing for me.”

She has a few dreams to fulfill as she continues to pursue her goals. “My dream role is that of a silent psycho, a quiet psycho. (Laughs)I know it sounds strange but I really want to play that role. One filmmaker I want to work with is Sanjay Leela Bhansali. He presents his films beautifully.” Are you listening Mr. Bhansali?

This teen surely has her individuality in place. If everything goes well, she is sure to etch a much better identity of her own and stand out in the crowd.