We have heard so many stories of actors falling for each other while shooting for shows. Well it's obvious as they spend large number of hours together. 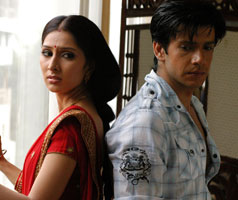 Featured Video
The latest to join the bandwagon is the leads of NDTV Imagine's Dehleez, Bhuvnesh and Preeti Bindwani.

Our khabroo from the production house revealed that, "Recently the duo was shooting for a sizzling bedroom scene in the show. Their chemistry was super flop and had to take several retakes to get the sequence right."

"Initially they were not comfortable doing that scene and one could not see the chemistry between them. But after several retakes the chemistry happened in such a way that it stayed forever," adds the source.

The two are a couple? "Well for now they are very much together and off the screen also their chemistry can be seen," concludes the source.

Bhuvnesh had been linked up earlier also but nothing surfaced. Let's see now how long and strong this bond is!!! 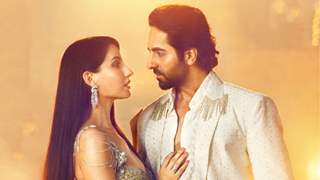 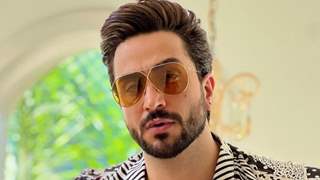 baby987 13 years ago the serial is very boring n ndtv shud replace it wid sumthin nice if they want good trps in dat slot.. as it is other channels hav awesome shows in that time slot... they shud shift this to afternoon slot n bring in some nice show...

13 years ago ewwwww.....wat chemistry??? chemistry my foot! I don''t see the C of chemistry here!

13 years ago they look really bad 2gether can''t even see sizziling chemistry u r tallking abt all that see is an old woman and a boy standing....sry to say but it true.

13 years ago sorry i would have to disagree they do not a share sizziling chemistry.......i dont think there is any chemistry...sorry...dont mean to offend anyone

13 years ago I know yaar, what a boring serial, such a time waste! And the woman looks soo old, they have a dull chemistry. I think they are just trying to get higher TRPs that is why they are together lolz

+ 4
13 years ago i dont find the girl so good, bhuvnesh had those cute looks,
anyways all the best