Panaji, Dec 1 (IANS) They landed in Singur without the intention of making a film. But as the batons rained on villagers and a Marxist government worked hard to push through a small car venture, some filmmakers decided not to stay mute bystanders.

'Whose Land Is It Anyway?', a 40-minute English language film by the Kolkata-based FreeBird Productions, has made it to the International Film Festival of India (IFFI) 2007 currently under way here.

It is about the ongoing peasant movement in Singur, fighting to save their 1,000 acres of farmland from being acquired by the state government of West Bengal for a car manufacturing factory by industrial giant Tatas. Singur is a town in Hooghly district where protests flared up in December last year.

'This land is fertile and produces at least four crops per year. Wasting it on industry will completely destroy the biodiversity and ecology of the land, and rob 50,000 people of their livelihoods,' says the team that made the film.

The film depicts the brutality with which the spirit of the protesting people is sought to be broken - police batons falling on unarmed villages, journalists being blocked from hearing protesting leaders...

On screen, the violence comes across as brutal, but the concern of the filmmakers and urban-educated middle classes also come across in giving a voice to people on the sidelines as India rushes headlong into growth-driven 'development'.

Director Ladly Mukhopadhyaya, who could not be present for the screening, has argued that the factory would employ a maximum of 1,000 people, the government is blocking the people's right to information and the protest is not being listened to by those in power. The media is also being used as a propaganda tool, the film team alleged.

FreeBird Productions executive producer Swati Chakraborty said they also made a film on the other protests, at Nandigram, another site of peasant protests in West Bengal.

'We were very happy this film was selected (for the state-run) IFFI,' Chakraborty told IANS. 'We never expected it.'

Their firm, which calls itself an 'association of like-minded film professionals whose common goal is to generate quality work', does work mainly for the Central Institute of Indian Languages at Mysore.

'We didn't mean to make this film. It just evolved and happened,' said Chakraborty. Their Nandigram film was made in 2007 itself, and they sell both at Rs.200, affordable enough to make their work reach the common man.

'TV is not doing anything at all for the documentary film in India till now. If (some big network) takes the initiative to show documentary films, then it would be good.'

FreeBird's next work is a 12-film series on Sikkimese language and culture groups. It is being made for viewership via the northeastern television channels.

'We were very sad that the Communist government could take such a stand (against common villagers),' said Chakraborty. 'Development cannot be done without taking people into account,' she said, speaking before the screening of the film, shot between September 2006 and March 2007. 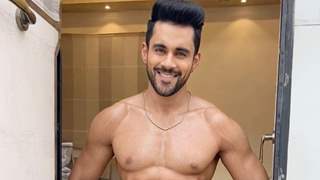