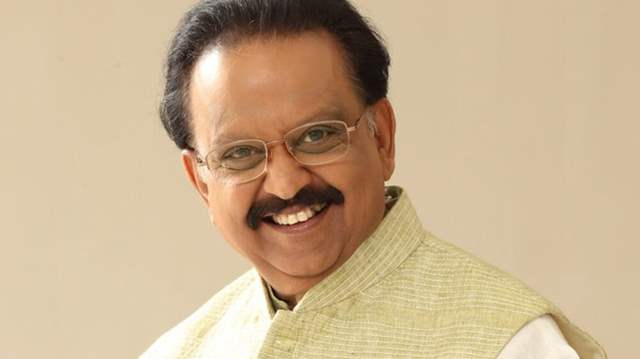 In a sad news, veteran playback singer SP Balasubrahmanyam passed away in Chennai on Friday, September 25, 2020.

The legendary playback singer died at the age of 74 after a long battle in the hospital. He was admitted at MGM Healthcare in a critical condition after testing positive for COVID-19 with  'mild' symptoms. He was on life support from August 14, however, his son had revealed last month that the singer was recovering.

On September 7, he tested negative for COVID-19 but continued to be on ventilator.

Unfortunately, the veteran singer's health deteriorated on Thursday, and he had been put on maximal life support. He succumbed to the illness and left for heavenly abode today at 1.04 pm.

Earlier on Thursday, the doctors at the hospital had released an official statement updating about the singer's critical condition.

“Thiru SP Balasubrahmanyam who had been admitted at MGM Healthcare on August 5th, remains on ECMO and other life support measures. His condition in the last 24 hours has deteriorated further warranting maximal life support and he is extremely critical. The team of experts at MGM Healthcare are closely monitoring his health condition,” read the official statement.

In a career spanning over 50 years, he has sung around 40,000 songs in Tamil, Telugu, Kannada, Malayalam and Hindi. He is the recipient of the Padma Bhushan and holds a Guinness record for recording the highest number of songs in a day.His demise comes a big loss to the music industry.

He is survived by his wife, a son and a daughter — both are playback singers.

Our deepest condolences to the family. Rest in peace SP Balasubrahmanyam sir...

TinkiGogoi 26 days ago I am heartbroken now 💔 I have lots of childhood memories with him. Grown up listening his songs played Max on Salman Khan. My all time favourite singer.. His song 'Sun Beliya' from movie 100 days is still saved on my phone. Saathiya tune kya kiya..😭

Sujz 26 days ago This is heartbreaking. Rest in Peace SPB sir.