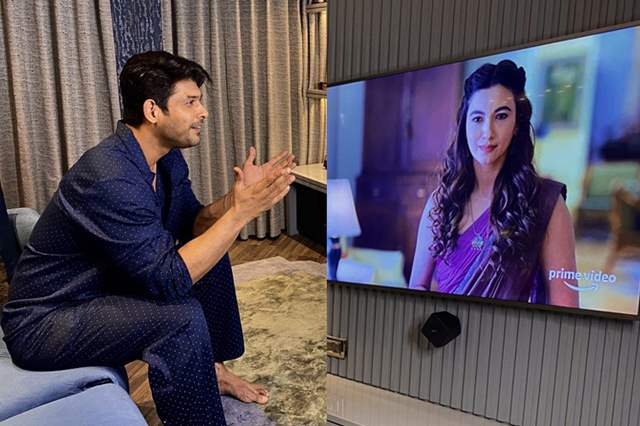 Bigg Boss 14 is still going on and one of the fascinating things about the show and every season overall has been how some friendships made in the show are indeed made for life and they sustain them.

But not many would have anticipated the likes of Sidharth Shukla, Hina Khan and Gauahar Khan to become friends, mainly because they belonged to different seasons. However, Bigg Boss 14 made it possible to have Shukla, and the Khan girls to not only spend quite a lot of time together as seniors in the house but even crack an amazing friendship which, hopefully, is forever.

That certainly seems to be the case, as Shukla recently went on tweet about Gauahar Khan and her latest show, Tandav. The actor tweeted how he saw three episodes of Tandav so far and praised the show's storyline and writing. But it was his image and his next lines that caught maximum attention where he especially mentioned Khan and applauded her character and of course, her performance.

The image too had Shukla watching it on TV and while Khan's character is on-screen. He tweeted, "Watched 3 episodes of #TandavOnPrime last night and my mind is doing Tandav since then What a well-written show, with a gripping story-line. Aap bhi dekho @GAUAHAR_KHAN your character was so clear, witty and critical. Loved your performance"-

While the show continues to get good reviews, the Bigg Boss fans would be having their own fun looking at the tweet.