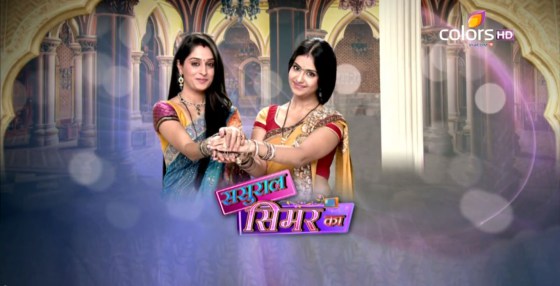 Rashmi Sharma Telefilms popular Sasural Simar Ka on Colors, has kept its audience glued to the television screen with its intriguing twists and turns.

The track is currently revolving around fake Roli as she has created a ruckus in the lives of the Bharadwaj family. While Prem (Dheeraj Dhoopar), Aman (Alan Kapoor), Simar (Dipika Samson) and Mataji are aware about fake Roli's (Sara Khan) evil intention, they are finding ways to get rid of her.

Our source says, "Fake Roli has kidnapped Shruti (Avika Gor) and has kept her in an isolated place. Thus, Simar will get the clue and will be able to rescue Shruti. On the other and Prem and Aman will visit a Sadhu who will give them some ash which will help to protect them from fake Roli's power. Thus they will give that ash to fake Roli with a trick because of  which fake Roli will become unconscious. Then they will take Siddhant to a temple where Shruti will come in front of him and will try to prove herself innocent. But still Siddhant will not accept her as he feels that it is because of Shruti that all the problems are occurring in the Bharadwaj house. Thus, everyone will try to convince Siddhant and finally he will agree to keep Shruti at Bharadwaj house."

Will Simar and Roli be able to throw fake Roli out of the house?

6 years ago Dipika samson is good as simar . Keep it up

6 years ago Keep rocking Dipika Samson !!!
U rock as Simar