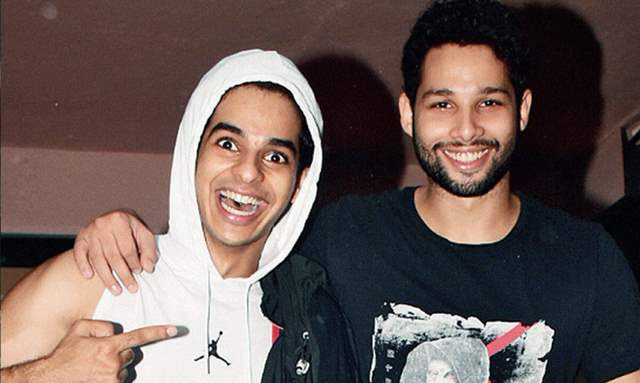 Siddhant Chaturvedi has been making headlines after offering a phenomenal performance with his silver screen debut in Gully Boy while sharing the screen space with two big names of the industry.

Currently, the actor has some of the most exciting projects in the pipeline which will see him starring alongside Deepika Padukone and Ananya Panday and it is yet to receive a title. Apart from that, the 27-year-old actor will be in ‘Phone Bhoot’ that also stars Katrina Kaif and Ishaan Khattar.

Siddhant and Ishaan are said to be good friends and the young actors are known to be some of the most talented artists in the industry. However, comparisons are bound to flare up and the rumors of the rivalry between the two have eventually made it to the headlines.

Now, during a recent interview with ETimes, the Gully Boy actor quashed all the rumors about their rivalry and said that he considers Ishaan as his brother. Although, Siddhant finds healthy competition flattering.

He said, “I am glad to know that we are being looked upon as these upcoming talented actors. Rivalry between us? Yes, on the football field (laughs!). Beyond that, there is no rivalry; he is like my brother.”

Siddhant clarified that there’s only bromance brewing between them, but agreed to the presence of competition, saying it’s very healthy.

“If he knows something, he’ll help me with it and vice versa. The relationship we share comprises friendship and brotherhood,” added the actor.

The Gully Boy actor, after an incredible silver screen debut, has his plate full with multiple projects. Siddhant will be seen next in Bunty Aur Babli 2 followed by Shakun Batra's untitled and then in Bhoot Police.