The viewers of Star Plus loved serial Sasural Genda Phool who have been enjoying the cute, 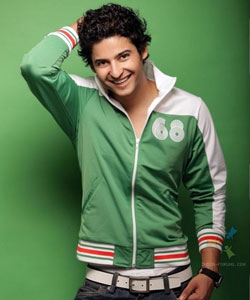 naughty love and fight relationship between Ishaan (Jai Soni) and Suhana (Ragini Khanna) will have to give a halt and get ready to view a new angle in between their chemistry because very soon Sid aka Mohit Malhotra will be back in Suhana's life.

According to our source, "Sid who was very much in love with Suhana had refused to get married to her because his carrier was his first priority and so he left her by saying that she is not a marriage material; which indirectly lead Suhana to get married to Ishaan so that she can prove Sid wrong. But now that Sid has realized that his love for Suhana is deeper than his ambition of doing well in his carrier so he is back with an apology and get Suhana back in his life and Ishaan having the knowledge of the same as usual will tackle the situation calmly."

When contacted, Mohit Malhotra told us, "Yes Sid is coming back in Suhana's life and he will try to get her back but to in order to know Suhana's reaction on the same you need to watch the show. The character of Sid is on and off in the show."

blyton 10 years ago Wow, the person who wrote this article doesn't even know the spelling of "career". Journalism, anyone?

KB2010 10 years ago Suhana has lost all her self-respect. Why does she care for him so much when he treated her like dirt?

Saee.T 10 years ago OMG I dont want him back in her life again

Forever_in_love 10 years ago thanks!! even though, I don't want him back in the show!

PS: it's Career and not carrier!

deepali_rkmadhu 10 years ago nice twist.....now suhana & ishaan will come more close 2 each other!!!!!

lv9070 10 years ago i know this track ,suhana will even leave the house and afterwards badi maa will bring back suhana,same as "ogo badhu sundari" why r they reapeting the same

spiritcrimson 10 years ago This is going to be interesting. It will strengthen the bond between Ishaan-Suhana. And Suhana will finally realize what a jerk Sid has been