There is no denying that Tellywood and Bollywood are the two major facets of the glam and glitz world. However, B-Town just adds a bit more bling making this medium starrier in comparison. Considering one such connecting wire between the two worlds, we at BollyCurry are back with a new feature presenting siblings proving themselves across both mediums at different levels. These individuals may be from the same parents, or may be not! Beginning to make a list of such groups of siblings would prove cumbersome, so we decided to short list five such astounding siblings duo (or trio where stated) that have paved their ways to huge success and are considered larger than life by their loyal fans worldwide. Let's take a look at these versatile Bolly - Telly siblings across the mediums. 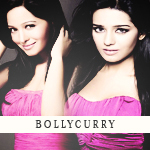 The first on our list are the amazing Rao sisters. The elder sister, Amrita, is rocking the big screen whilst the younger one, Preetika, has just begun her television career with the very popular, Beintehaa. Amrita made her Bollywood debut with Ab Ke Baras (2002), but it was Ishq Vishk (2003) that earned her the Filmfare Best Female Debut Award, as well as the title of "the girl next door", leading her to become one of Bollywood's finest actresses. The success was all hers after she bagged Vivah (2006) opposite Shahid Kapoor. Not only was the movie well accepted, but it took the elder Rao sister to the peak of her career. Following her sister's footsteps, Preetika too began with a modeling career until she finally was offered Beintehaa. The show is well received and has taken the younger Rao sister into the limelight just like her sister An Indian legendary actor who is a part of an Oscar winning Silver Linings Playbook (2012) by David O. Russell, Anupam Kher needs no introduction. Anupam Kher has bagged many Indian awards for his tremendous acting skills, whether it's a lead or supporting role. Anupam has also graced some serials on the small screen which only made him garner more fans and success alike. This talented man was also presented with the Padma Shri award. Taking a feather out of his elder brother's cap, there's Raju Kher, a known face of small screen for his roles in Hamari Betiyon Ka Vivah and Tarak Mehta ka Ooltah Chashma. Although Raju has acted and directed a handful of Bollywood movies, his success in television shows stood out. Known for acting and directing, both brothers have made tremendous contributions to both entertainment mediums. 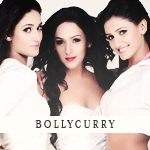 The very famous Mohan sisters - Neeti, Shakti and Mukti graces our list next.  Neeti Mohan, a famous Bollywood playback singer whose career kick started with a reality show got her biggest recognition for the song "Ishq Wala Love" (Student Of The Year). Neeti has also tried acting in the movie Socha Na Tha (2005), but later opted for a sole singing career. Mukti Mohan is a contemporary dancer seen in Zara Nachke Dikha. She also won the Comedy Circus Ka Jadoo with Kapil Sharma and is a well known face of Indian television today, despite having two Bollywood movies in her belt. Like her sister, Shakti Mohan is also a contemporary dancer who won the Dance India Dance - Season 2, which earned her recognition and applause worldwide. But she won hearts for her television show Dil Dosti Dance. Shakti also did an item song "Aa Re Pritam Pyaare" (Rowdy Rathore) for which she got critical appreciation. 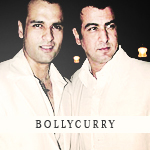 Whilst both of these brothers have tasted success in both acting mediums in the Indian industry, one would be able to point out that Rohit Roy is more versed in the Bollywood industry and his older brother, Ronit Roy is adapted to the small screen. Having numerous popular movies in his Bollywood career like Shootout at Wadala (2013), Boss (2013) and 2 States (2014), Ronit has proved his worth as a versatile actor time and again, especially when he acted in the television series Adaalat. The younger sibling of the duo is famous for his television series, Swabhimaan and many more, although this Roy brother has secured a handful of popular Bollywood movies under his belt such as Shootout at Lokhandwala (2007). 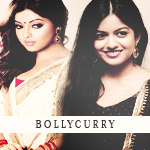 Tanushree Dutta started with a modeling career until she was declared the winner of Femina Miss India Universe in 2004. Next on this beautiful woman's list was the Bollywood industry, where she starred in movies such as Chocolate (2005) and Aashiq Banaya Aapne (2005). Unfortunately, the actress took a long sabbatical and has eventually been on a career hiatus. Tanushree's sister, Ishita Dutta, is also an actress, but on the small screen. The younger Dutta sister made her debut with the show Ek Ghar Banaunga - a show which was liked by Indian and international audiences alike, hence taking Ishita's career to a higher level.

This brings us to the end of our tiny list of siblings across the acting fraternities that have paved their ways to individual success. BollyCurry wishes each actor immense success for all their future endeavours and may they continue to shine in their respective industries. Do let us know your favourite siblings duo across the mediums in the comments section below.

Amrita Rao admits being pampered by RJ Anmol; says “he reads a ...