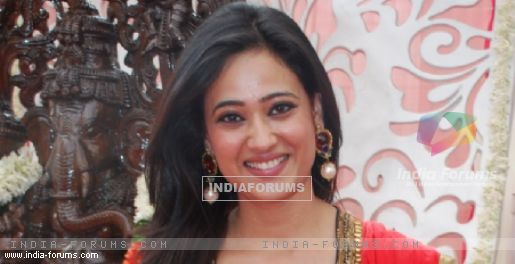 Actress Shweta Tiwari, who will be seen with her real life husband Abhinav Kohli in her next film "Six X", proved her professionalism by playing the duplicate of one of the actresses who walked out in the middle of the shoot.

Shweta had to fill in the space of co-star Mallika Rajput when she left the shoot midway.

"It was last day of the schedule when Mallika left the shoot in between and went to Mumbai. When Chandrakant Singh (the director of the film) asked me to help him, I did the duplicate for her," Shweta told IANS.

The actress, who is currently seen in TV show "Begusarai", says that she had to cancel a day's shoot of the TV show to complete the film.

"I had to cancel my 'Begusarai ' shoot for one day to complete my Hindi film," she said.

Singh was also happy with this gesture of Shweta.

"I was shooting in Indore with Shweta, Abhinav and Mallika but Mallika left the shooting in between. Then I requested Shweta, who cancelled her dates for 'Begusarai' serial and played the duplicate," he said.