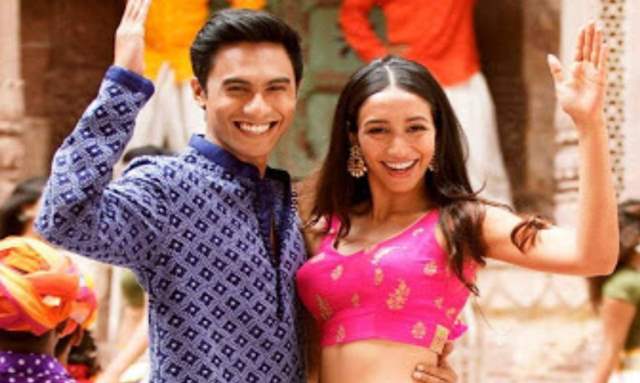 Bandish Bandits finally saw a release recently, and the audience has been pouring in immense love and appreciation for the fresh concept and crisp storyline. The team of Bandish Bandits shares their reaction on the love that they've been receiving and here's what they have to say;

Director Anand Tiwari shares, "I am overwhelmed and extremely touched to see the audience shower so much love on Bandish Bandits! The show is extremely close to my heart and a very special one as well! It is lovely to see each and everyone who played a part in the show received so much of appreciation and adulation. There's no moment better than now to express my big heartfelt thank you to everyone!"

Ritwik Bhowmik who is the male lead shares, “I had read somewhere that, 'Art must take reality by surprise.' The audience is now the artist and we are their reality. They took us by surprise and how."

Shreya Chaudhry who is the female lead of the show shares, “It’s extremely heartwarming to see the amazing response to the show, performances, and classical music. Like Anand Tiwari always says, 'onwards and upwards.' And this couldn’t be possible without the love of the audience!"

Sheeba Chaddha also shares, “I am truly overwhelmed by the response I am getting. I have just recently joined social media and it is so heartening to read the comments from the audience about the show, about my portrayal of Mohini. It's blowing my mind. I am truly overwhelmed with the love and warmth I am getting. It seems that the audience really got into the series, especially the music and performances."

Rajesh Tailang also says, “The  response from the audience has been amazing. I am getting personal messages from them and also my friends and family in Rajasthan have appreciated the show and my performance. I feel people are really touched by the music and emotions in the show. Bandish Bandits has come as a refreshing change from the usual thriller content that is primarily available on OTT platforms."

Rahul Kumar concludes by saying, “Thank you so much, guys! From Belgaum to Belgium, I have been receiving praise from all over ever since the show launched. People are now asking me when will we return with Season 2. It is really exciting and heartening."

Truly, the love has been immense and the audiences are eagerly looking forward for a season 2 of this brilliant concept which has truly made the monsoon mood, lighten up.