View Profile
Should we remake Sholay?? Lets find out from the contemporary Samba aka Sushant Singh
What was old is new again as Bollywood is smitten by the Remake of old Classics. A remake retells an important story for a new audience and with a new “modern” sensibility. But should we retouch the old classic and gives it a new shape is a million dollar question.

Ram Gopal Varma’s Sholay has always been the central point of all controversies on the remake issues. Well, let’s find out from contemporary Samba aka Sushant Singh has to say about remake of Sholay. 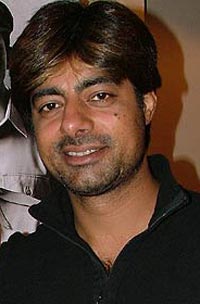 Featured Video
It feels really good to be part of the new Sholay as it is once in a life time opportunity that a cult classic is remade. The film that you have grown up watching and admiring and now suddenly you are one of the character’s in a new one is a huge responsibility. It is also very scary at a same time because a constant comparison will be made and we do not want to fall flat. Our biggest challenge is to prove the detractors wrong.

On asked about the constant criticism that Ram Gopal Verma’s Sholay is receiving, Sushant with a sulking voice replies that it is annoying to a large extent. Defending his new movie he says first of all in the creative field there is nothing right or wrong but there is only point of views and interpretation. Sholay was not made by God himself. It is not a Bible that you cannot rewrite it. It was a film which was written by mere mortals and was made beautifully that it became a huge hit and a cult classic. The movie is again made by mere mortals and if there is no copyright infringement then there should not be any moral judgment on it. There is a director who wants to make it producer who wants to produce it so why such an issue.

Regarding the hullah ho on the remake Sushant Singh says , nobody raised the question that why do we keep doing Shakespeare. There was no noise in the press when Casino Royale or Titanic was remade. Bollywood seems to be more conservative and sensitive on the remake issue. Citing example from the current movies like Devdas, he says everyone criticized it but now that movie has its own fan following and is classic in its own. Therefore, all I appeal to people is that let the film be made and then pass your judgement.

Well on this note, we should definitely give Ram Gopla Verma’s Sholay a chance and check whether he has done full justice to the epic Sholay. 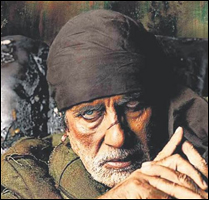 + 2
15 years ago i wanna see ajay as veeru.
thanks for the article.

+ 5
15 years ago i love you kirti for having him but why you dint ask him about Virrudh? as he is doing fantabulous job there as well!!

+ 4
15 years ago Well instead of naming the character Basanti theyare naming it Ghungroo. So Basanti is Ghunghroo and Nisha Kothari is playing the role. Instead of tanga Ghungroo will drive auto rickshaw