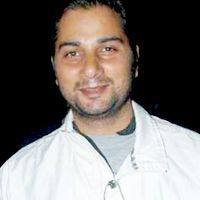 Television actor Varun Badola, who is returning to the small screen after two years, this time as a Thakur, says he was shocked to know that the customs like daughters being forced to serve rich Thakurs still exists in the country. That's what prompted him to accept the role.

The 36-year old will be seen playing a rich and powerful man, Thakur Vikram Singh in "Phir Subah Hogi" that goes on air April 17 Zee TV.

The show is about Bedia tribe of Bundelkhand region in Madhya Pradesh and will bring to light a social custom which is said to be still prevailing there. The daughters born in the Bedia family are forced to serve rich Thakurs who have a penchant for young, teenage girls.

"I was shocked when I got to know that in a country like India which has come a long way, such things still exist. But I quite liked my character that is why I agreed for the show," Varun told IANS.

He was last seen in "Gili Gili Gappa" on SAB TV two years back.

Explaining why he stayed away from small screen, he said: "I did not feel like doing television. Moreover, I don't and can't relate myself to the saas baha saga. That is this reason I kept myself away."

"I always used to make my father remember his lines and accompanied him to his plays. I was also an active theatre actor in Delhi. I left theatre after moving to Mumbai because I don't relate to the commercial theatres here," he said.

A huge cricket fan, the actor said he was busy playing cricket for Celebrity Cricket League during the break he took from television.

"I was happy playing cricket. I am a huge cricket fan. I wanted to become a cricketer but could not take that dream forward and turn it into reality," said the actor who played under 15 cricket at school level with cricketers like Ajay Jadeja and Murali Kartik.

Married to TV actor Rajeswari Sachdev, the couple was last seen together in dance reality series, "Nach Baliye". They have a one-year-old son Devagya.

ronshaan 7 years ago Varun I loved Your character - Thakur vikram singh was and is the best on tv ever !!!
So funny
they said one thing and the show was on other thing... they forgot what was the idea
any ways wish to have phir subah hogi 2 to show people right way those who live such life

kamesh1022 8 years ago im watching this daily soap bcoz of its concept n varun is such an awesomm actor...n gilki is doing an amazing job...iloved their chemistry...n yes ofcourse zee is doing a great job by taking good concepts by bringing on limelight ...

Demigoddess 8 years ago it is because of these shows that such practices are coming into limelight as mentioned by monu_tan and true, soon we will have NGO's n Reforms to eliminate or at least try to eliminate such practices.
telivision serials do not play a role directly but definitely they do play a small role indirectly

monu_tan 8 years ago Wonder why people think that tv channels can reform a social thinking, tv channels just play a part not it. Zee is doing good to get limelight into this ill practice and soon enough we will have NGOs and people who will work to eliminate the bad practice.

xxMATSxx 8 years ago I agree with pure canadian! Instea of making shows about it for trps why dont they do something about it! Anyways i do like te show causr of the story soo i will watch ittt but still id rather have something actually be done

pure canadian 8 years ago gosh ... why can't people do something about it instead of making tv serials about this crap. Sure it's getting attention but all for the wrong reasons!

pams309 8 years ago Why dont they s how Astitva, one of my all time favourite TV show... I loved him and niki aneja in the serial

Nawazuddin Siddiqui Waited 20 Years to Work with Sudhir ...
13 minutes ago

Rakul Preet Singh confesses to being a part of drug chats ...
43 minutes ago