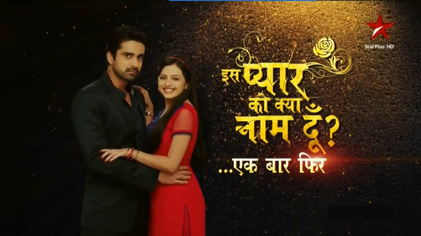 As for now we have seen Shlok (Avinash Sachdev) recovering from coma in search of Aastha (Shrenu Parikh).

The upcoming episodes will witness a high-end drama where Aastha will finally come face to face with Shlok but she will refuse to recognize him. While Shlok will try and help her recollect, she will end up slapping him.

To add on to the drama, Aastha will inform him about her being a married woman.

While we wonder whom is she married to, the show will bring another twist which will leave the audience in shock!

Informs a source, "Aastha will be introduced as a Bengali woman who is married to Indrajeet Sarkar (Arav Choudhary). The entire drama will follow on how Shlok will try and win back Aastha in his life."

We contacted Shrenu Parikh for the confirmation on the same and she said, "There will be a major twist in the show but it is for us to know and the audience to guess."

6 years ago Shrenu Parikh Iss Pyaar Ko Kya Naam
Doon... Ek Baar Phir This track is interesting
and I am looking forward
to ho Ashlok will survive
this!!

6 years ago ASHLOK means EBP to me !!!!!
AVINASH SACHDEV & SHRENU PARIKH - are rocking in Iss Pyaar Ko Kya Naam Doon Ek Baar Phir !!!!!
Thanks to all casts & crews for entertaining us with their hard work !!!!!

This track is interesting and I am looking forward to ho Ashlok will survive this!!