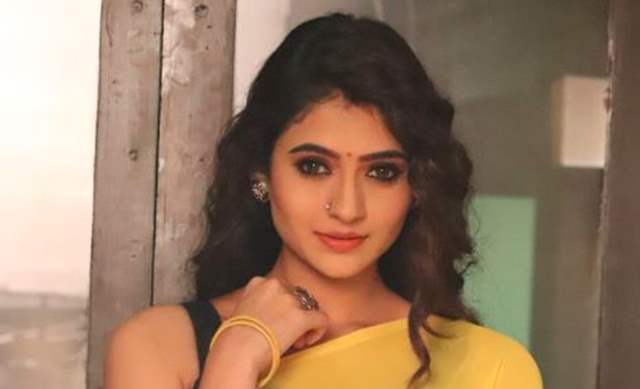 Many fans of Star Plus' show Mehndi Hai Rachne Wali starring Shivangi Khedkar and Sai Ketan Rao continue to be in disbelief that their beloved show has indeed gone off-air and won't be returning as well. The show did enjoy immense popularity online and otherwise and in fact, in a few recent interviews, the leading stars and others have mentioned how they couldn't understand why the decision was taken.

Shivangi Khedkar, who plays the role of Pallavi in the show is still emotional about it and she went on to talk about the emotions she went through followed by how she feels she will be very calculated now with her choices in an interview with ETimes TV. She first said, “I had a lot of expectations from myself and I was scared at the same time. I used to constantly ask myself if I would be able to pull it off. I was told by many people that shooting for a daily soap was tough and super hectic. It was not the hectic part that I was worried about but I was doing a show for the first time and I was nervous about that. My director didn’t even like my look during the mock shoots but I thought let me start and I will give it my all.”

She added, “I don’t have anything specific in mind but I hope it's a role where people ask me whether I will be able to pull it off. That is the kind of role I want to take up and that would be challenging. Things are uncertain in this industry and no matter how much one plans, the final execution happens with a lot of twists and turns. I am just hoping to do good work and nothing else."

She concluded by saying that she learnt a lot from her debut show and now taking ahead, all her moves will be very calculates.

We are certain the fans of the actor would love to see her in a new show rolling soon.