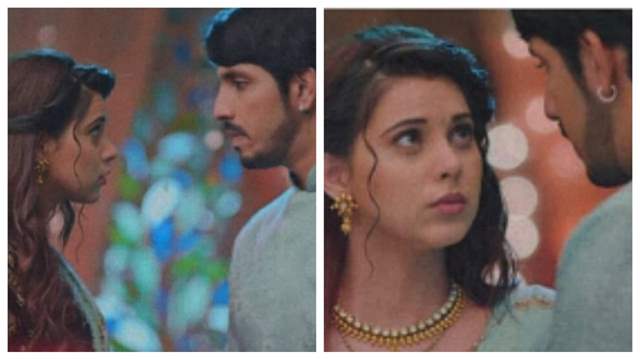 Star Plus show Pandya Store is being immensely loved by the viewers. The audience shower love on the entire cast of the show. The project is produced by Sphere Origins and has a stellar star cast including Krutika Desai Khan, Shiny Doshi, Kinshuk Mahajan, Akshay Kharodia, Simran Budharup, Kanwar Dhillon, Alice Kaushik, Mohit Parmar, Pallavi Rao, Shrashti Maheshwari among others.

The current track of the show revolves around Dev and Shiva trying to build a new room for Dhara and Gautam. Meanwhile, Shiva has realized his liking towards Raavi but is hesitant in telling her the same. In the previous episode, Raavi’s friend Sneha spoke ill about Shiva and insulted him. She told Raavi that she and Shiva don’t belong to the same league. This irked Shiva and he got heavily drunk.

In the upcoming episode, Shiva reaches home in a drunken state. Dhara panics and gets angry seeing him like that but Gautam manages the situation. Shiva reaches his room and watches Raavi sleep peacefully.  He sees her diary beside her and opens it. On the first page, Raavi had written her name along with Dev’s. Shiva gets shocked seeing the same while on the other page he finds a rose. Shiva feels that Raavi still loves Dev. He recalls Sneha’s words wherein she stated that Dev is class apart and suits the best with Raavi.

Furthermore, Raavi wakes up and finds Shiva in a drunken state. Shiva tells Raavi that she should break all ties and leave him.

2 months ago Kanwar Dhillon was a treat to watch in today's episode. He did the drunk Shiva part so well. From being funny to cute to finally being heart broken...KD was fabulous today!!!Waiting for the track to unfold...its going to be heartbreaking but beautiful!!

+ 3
2 months ago Shiva's pain in yesterday's episode was beautifully portrayed by KD! this track is going to be intense, looking forward to it! ❤️

+ 2
2 months ago It was heartbreaking to see Shiva’s hurt and emotional. Looking forward to see what’s ahead for Shiva and Raavi. Kanwar Dhillon was amazing in the episode,

2 months ago Such hypocrites. Destroying the beauty of this couple bonding.Kathir Mullai bond was the best.In original Tamil version, he just expresses his feeling and never once he had doubt about her feeling for his brother after marriage. Proud to be fan of Kathir Mullai.Trust he has on her was the best in their beautiful relationship.