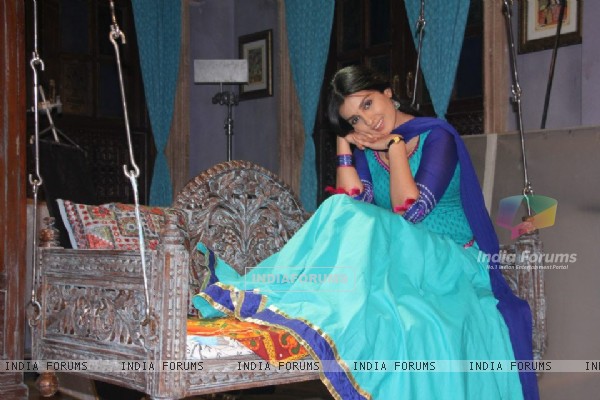 Star Plus's Saraswatichandra is pleasing its audiences with its just started Mumbai track.

While Saras aka Gautam Rode and Kumud aka Jennifer Singh Grover are spending some quality time and enjoying their initial days in Mumbai, right back in Ratnanagri it was observed that Kusum aka Shiny Doshi was absent for a few episodes. Though the entire Desai family was present, Shiney was missing from the shoot.

Well, keeping this absence in mind, we spoke to Shiny regarding the same. This is what she had to say, "Well I had taken a leave for 2-3 days. But while I was on leave I came into an encounter with a very bad heat stroke and also at the same time fell prey to food poisoning. So because of my ill health I did not shoot for four to five days."

Hmm... Shiney the weather is changing and at this time around, people tend to fall sick more often. So we at TellyBuzz wish her a speedy recovery. To the viewers, Shiney is all fine now and has resumed shooting yesterday.

When asked Shiny that since Kumud has left for Mumbai with Saras and the track will be emphasized more on the Mumbai track. So will the audience get to see Kusum taking Kumud's place in the Desai family? "Not really. Since the beginning Kumud has always been the central character and even as far as the story is concerned Kumud and Kusum both the characters are very similar to each other. Now that Kumud is in Mumbai, viewers won't get Kusum taking her place. But definitely Kusum will play a pivotal role as far as the family in Ratnanagri is concerned."

While we all know that how important work is, Shiny you also need to take care of yourself.

For more updates on your favourite shows, keep reading this space.

masalababy 6 years ago Welcome back Shiny Doshi, I hope you are 100% better. All the best Gautam Rode.

Kusum04 6 years ago Get well soon shiney... Danny is missing his kusum :P

americanbeauty 6 years ago What the hell? This article is about Shiny Doshi being unwell, why are people posting party snaps??? Insensitive much??? Disgusting!!

deadbeat 6 years ago I hope you are feeling much better Shiny Doshi. Gautam Rode.