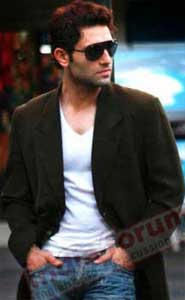 Featured Video
The development comes almost 10 weeks after Shiney was arrested June 14 and nearly two months after Maharashtra Chief Minister Ashok Chavan said the case would be moved to a fast track court to ensure speedy justice to the victim.

'Presently, his (Shiney's) bail application is pending before a Sessions court and will come up for hearing tomorrow (Friday). Thereafter, it will be known when this trial will be taken up before the fast track court (in Sewri),' Chief Public Prosecutor R.V. Keni told IANS.

Keni said he expected that the trial will start in the fast track court by September-end and would be completed within two weeks.

'There are some two dozen witnesses lined up but we (the prosecution) may not (need) to examine them all,' he said.

The hearings in the fast track court would be conducted on a day-to-day basis, Keni added.

The judicial custody of Shiney was Aug 13 extended till Aug 27. His lawyer, Shrikant Shivade, filed a bail application that will come up for hearing Friday.

Keni said the sessions court will decide whether the bail application too shall be heard by the fast track court.

The actor, who continues to remain at the Arthur Road Jail, was arrested after his teenaged domestic help complained to the police that she was raped by him.

Shiney faces a minimum seven-year jail sentence if the charges against him are proved in court.