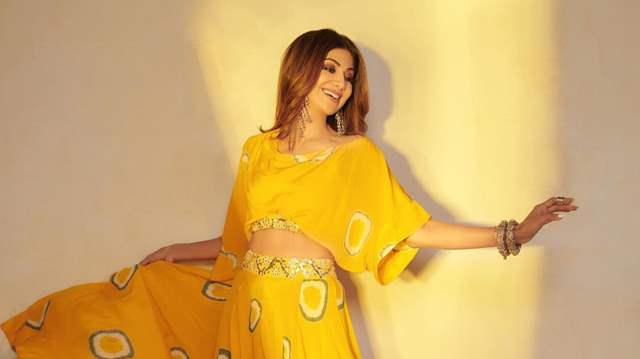 Shilpa Shetty is a social media butterfly. She has a large fan base and has established a strong presence on social media platforms. She frequently posts fitness videos and motivational quotes for her fans and followers.

While keeping an eye on her Instagram account, fans expect updates from her. However taking all her fans and followers aback, the Hungama 2 actress announced a break from social media.

Taking to her Instagram account she posted a blank black patch on her feed and captioned it as, "Soooo bored of the monotony, everything looking the same... going off social media till I find a new avatar". She also tweeted the same on her Twitter handle.

Shilpa Shetty had just authored an incredibly inspiring post about one's personality a few days ago. It read: “We’re always told that we’re unique, and so, it is pointless to try to imitate or replicate someone else’s behaviour. However, what we also need to be mindful of is that our own personalities have some good and some not-so-good aspects. Nobody is perfect. Nobody is all good or all bad. We’re all works in progress with individual personalities, and that is OKAY. So, let’s work on the good traits and make them better, while we try to work on keeping the not-so-good traits under control. Choosing to be the BEST version of oneself is a conscious choice to be made by each one of us every day."

Raj Kundra, Shilpa's husband deactivated his social media accounts shortly after being released on bail in linkage with the pornographic content case. Raj has mostly avoided social media, except for a brief return to Instagram with a private profile.