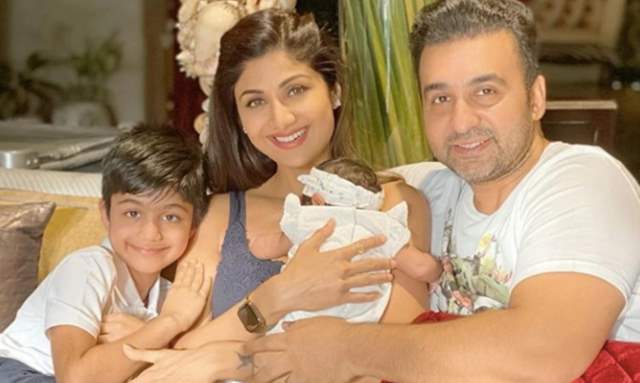 Everyone was taken by surprise when Shilpa Shetty announced the good news of her and Raj Kundra’s second child yesterday. The couple opted for surrogacy and welcomed a baby girl, who they have named ‘Samisha Shetty Kundra’.

While Shilpa shells out major fitness goals, she revealed that she had put on 32 kgs after her first baby boy Viaan. The actress reveals that she was body-shamed for her post-pregnancy weight and recalled that one time when a group of women at a kitty passed remarks at her.

“So I remember this one incident when I went out with Raj for dinner for the first time after having Viaan. We walked in and there was this group of women at a kitty, sitting and smirking at me. I could hear them say, “Is that Shilpa Shetty? She still has weight!” It was absolutely heartless,” she told Pinkvilla.

Besides, Shilpa also talks about why she chose surrogacy to deliver her second baby. She reveals that after delivering her first child Viaan, she was diagnosed with an autoimmune disorder that led to complications in her pregnancy. Because of the disorder, she could not conceive for the second time and had to resort to surrogacy to give birth to Samisha.

"After Viaan, I did want to have another child for the longest time. But I suffered with an auto immune disease called APLA and that came into play every time I get pregnant. So I had a couple of miscarriages, so it was a genuine issue” Shilpa shared.

Speaking of exploring other means, the actress adds: “I did explore other ideas as well but that didn't pan out well. At a time when I wanted to adopt, I had put in my name and everything was underway. But then, the Christian missionary shut down because they had a tiff with Kara.”

“ I waited for nearly four years and then, I was so irritated and we decided to try the surrogacy route. We had Samisha after three attempts. I had honestly given up on the thought of another child” she adds.

Shilpa along with husband Raj Kundra had welcomed their daughter Samisha on February 15, 2020.

Hrithik-Shilpa-Ayushmann-Lara-Virat-Anushka are Setting some Amazing ...