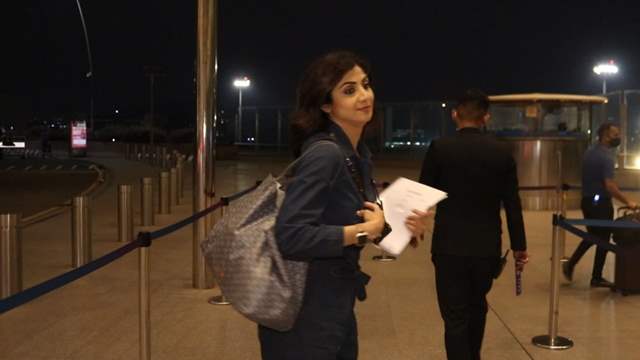 Shilpa Shetty is at it again! Leaving us wondering how she does it, the superstar has multiple ongoing projects that she is successfully juggling without a break! So much so that she had a working Holi!

A source close to the actress revealed, "Shilpa has been set-hopping, shuttling non-stop between Mumbai and Chandigarh. She flew back to Chandigarh for the shoot of Sukhee on Holi and will be stationed there till she flies back for the next India's Got Talent shoot, which is scheduled in Bombay. The actress has been multi-tasking between all her commitments for a while now..

Taking to her Instagram, Shilpa Shetty posted a boomerang story with her team members captioning it, "No holiday on holi-day!"

Shetty was last seen in Hungama 2, which marked her return to the screen after Apne in 2007. The actor will next be seen in the action romantic comedy Nikamma, co-starring Abhimanyu Dassani and Shirley Setia.

The actress is amongst one of the few, who is currently shooting for every medium out there - be it radio, television or the big screen. To add to her tall hat, she also has an app and three restaurants to run, alongside making strategic decisions as an investor for businesses.