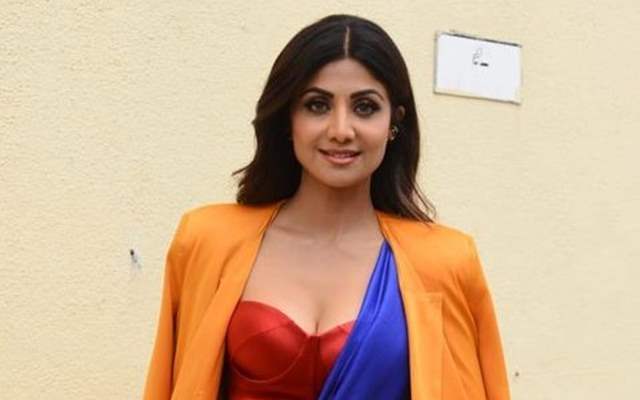 Bollywood actress Shilpa Shetty has grabbed all the attention when the trailer for her film Nikamma was released. With this film, she will make her first appearance on the big screen in over 14 years. Abhimanyu Dassani and Shirley Setia play significant parts in the film.

The whole Nikamma crew gathered for the film's trailer launch, and while mingling with the media, everyone talked about the film and a variety of other topics. Shilpa even discussed a terrible period in her life.

Shilpa Shetty has had a turbulent year, as everyone knows. She's never really spoken about how difficult this time has been for her.

And today, when the actress was questioned about encountering a difficult scenario in her life at the media engagement for the trailer premiere of her film Nikamma, she spoke up about it.

In response to this issue, the actress stated that we have all gone through terrible times in our life, and that the last two years have been particularly difficult for her, as well as many others in the film business. Because films have been ready and they are not being able to see the light of the day, people can't come to the theatres so Shilpa said that she thinks this is a big moment for all of us.

Nikamma, directed by Sabbir Khan and starring Abhimanyu in a tough and action-packed avatar, is tipped to be the action entertainer of the year. Shirley Setia, an internet sensation, who began her career singing, will make her big-screen debut with Nikamma.

Shilpa Shetty is seen in a saree, utterly de-glammed, and will be featuring in a character that she has never played before! Nikamma, directed by Sabbir Khan and produced by Sony Pictures International Productions and Sabbir Khan Films, will be released in theatres on June 17, 2022.