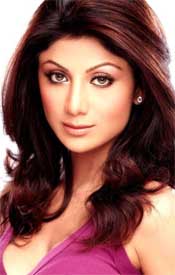 Glam girl Shilpa Shetty has been accused of throwing tantrums and acting pricey on the sets of Sunny Deol's film "The Man".


The actress was ssupposed to shoot for a song sequence which required that she jump onto the crowd. Refusing to take any risks Shilpa demanded senior professional fighters for the sequence.


Producer Sunny and director Neeraj Pathak tried their best to convince Shilpa but she remained undeterred. The duo had to finally give into Shilpa's demands leaving them distressed.


After a while, professional fighters were called in and junior artistes were asked to leave the set  leading to a hike in the cost of the song.


In the past Sunny has worked with Shilpa in films such as "Himmat" (1996), "Indian" (2000) and "Apne" (2007) but we can only ponder over their future together in cinema after this incident.
Featured Video