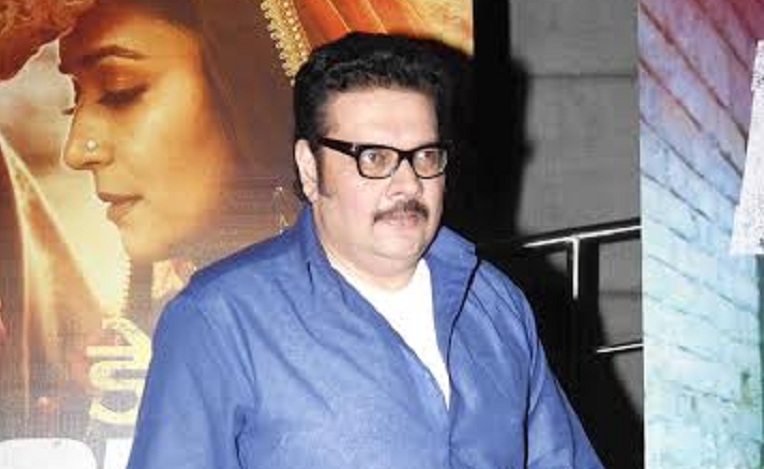 Big Magic's popular historical comedy show Akbar Birbal, is keeping the audience hooked to the the show with its interesting content.

As we earlier reported there was a special week where audience witnessed the entry of a Sand artist and a Puppet artist on the show bringing interesting twists and turns to grab more attention of the audience.

Now there will be celebrity special episode where actor Shehzad Khan, who was seen in Andaz Apna Apna will make an appearance on the show.

Our source says, "Shehzad will essay the role of Turum Khan, who is one of the enemies of Akbar (Kiku Sharda). On the occasion of Jodha's (Delnaaz Irani) birthday, Akbar will announce three days holiday in the kingdom. Taking the advantage of this, Turam Khan will surround Agra with his huge army and will declare a war. Akbar will get worried as his entire army is on a leave and will come back after three days. Thus, he will ask Birbal (Vishal Kotian) to call Turam Khan in the palace so that they can ask him to delay the war. Turum Khan along with a beautiful lady and Zalim Khan will come in the palace where Akbar will welcome them warmly and will tell them his concern".

Further our source says, "Turum will tell Akbar that they are ready to delay the war but on two condition. First he will have to marry his daughter Qyamat. This leaves Akbar baffled as he loves Jodha a lot and will deny to agree but on Birbal's suggestion he will agree to take up the challenge."

"Zalim will put forth another condition that he will have to give divorce to Jodha first and only then he can get married to Qyamat. Akbar will be in a dilemma weather to accept or to let his Kingdom be in trouble. Thus, on the next day Turum Khan along with Zalim and with an ugly looking girl will come and she will be Qyamat which will shock Akbar. Akbar will hide himself in the palace till the date of his marriage and on that day, Qyamat will vanish from the house and even Turum's entire army. Later, Birbal will bring a letter where Qyamat has written that she loves Zalim and even Zalim loves her. To increase his rules in other Kingdom, he marries his daughter with the king and then kill them to conquer their kingdom.  And as Zalim is a Sena Pati, he has ordered the army to go back," ends the source,

It will be interesting to see Birbal's another wittiness to save king Akbar.

+ 4
6 years ago U guys have given a brief update of entire episode which actually spoiled the suspense. Next time give a short update without revealing the suspense. Akbar birbal is the only show I am watching now a days regularly as it's a comedy show & episode. Must say excellent casting & the actors are doing a great job. With comedy they give a message in each episode. This show is really a stress relaxant. Hats off to the entire team. One correct its not zalim Khan who puts forward the condition to divorce jodha that's Tarum khans condition.

8 years ago Bikini would not suit Sonakshi, because she has big bum!
#
It is horrible sight to see overweight women or women with normal weight but with big bum wearing bikini on the beach!
#
It is same with fat men wearing swimming trunks instead of swimming shorts!
#
Lurve Sonakshi the way she is,
Sonakshi has the type and size of body that I like!
It is just that bikini would not suit her.

+ 4
8 years ago Not every actress has to follow the herd. Its her body and she has a right to decide whether she wants to don a bikini or not.

@-RosyAzure-
The point isnt about being slim or not. Besides if she really wanted to wear a bikini it defo wont be unattainable for her considering she lost around 20 kilos to get to the figure she had in Dabangg. She has all the resaources and proper acess to achieve such a thing. Her decision is more on her personal front as she seems a bit more on the conservative side. I feel a lot of us would also feel that way if we had a choice to wear a bikini or not... If I was in her place I would also never wear it and nor do I have the guts to do an extremely bold role. Each to their own

8 years ago thank for the awesome news good decesion

8 years ago She really inspires me. The way she has lost her weight, stepping out of jeans and loose tees to tight dresses...it's remarkable. I love her! Good luck sonakshi!

+ 5
8 years ago She is one of those actresses that you can't forget...and no matter what roles she will do in the future..im sure she'll do full justice because she is a striking beauty and full of talent!! her decision to not support bikinis is applaudable and this is what makes sonakshi an actress who has CLASS!