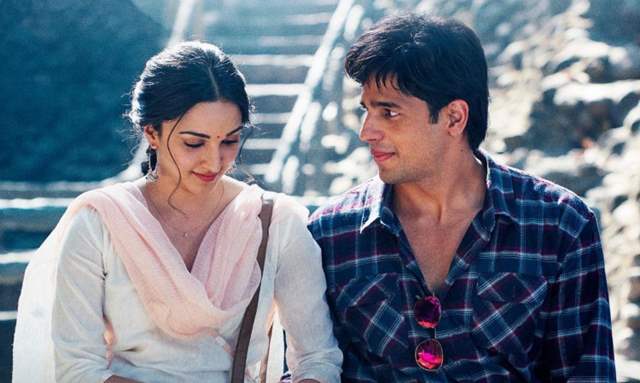 The war biopic film ‘Shershaah’ is based on the journey of Kargil hero and Param Vir Chakra awardee, Captain Vikram Batra. Directed by Vishnuvardhan and produced by Karan Johar's Dharma Productions, the film stars Sidharth Malhotra and Kiara Advani in pivotal roles.

While the film’s release date draws closer, the makers finally released the film’s trailer on Sunday evening; and it looks fabulous.

Starting off with Sidharth Malhotra’s voice-over, the actor is seen portraying the Kargil war hero, who valiantly died during the war in 1999. The trailer takes us through the various aspects of an army man's life.

The two-and-a-half-minute video also features Captain Vikram Batra’s now-famous line, "Ya to Tiranga lehra ke aunga ya Tirange me lipat kar aunga (Either I will return after hoisting the national flag or come back wrapped in it)," before leaving for Kargil.

Meanwhile, former prime minister, the late Atal Bihari Vajpayee, also made an appearance in the trailer and was seen giving his famous speech, in which he said, "Hum shanti ki raksha ke liye shakti ka pradarshan karna jaante hain (We can show our strength to protect our peace)."

The trailer also gives an overview of Vikram’s love story as Kiara Advani will be seen performing the character of Dimple Cheema - Vikram’s fiance and his biggest strength - who did not marry after his death and lives as his widow.

Buzz is Sidharth will essay double roles in the movie. He will play Vikram Batra and his twin Vishal Batra too.

1 months ago I just loved the trailer...was amazing...Sid definitely has a blockbuster on his hands...sadly its releasing on OTT....