Year on year giving the audiences not only the best comic talent but also giving them a reason to tune in to the show. The 4th season of The Great Indian Laughter Challenge is all set to rock with its brand new hostess former model and VJ Shenaz Treasurywala. 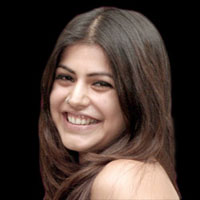 Featured Video
With an exciting new format and inclusion of a new hostess, the show promises to keep the audiences glued to their television sets. Enthused about her venture in the comedy genre for the first time, Shenaz Treasurywala says,"I am really excited to be associated with the original show of comedy and above all with a young channel like Star One. This will be my first ever anchoring stint on television and is quite a challenge for me especially standing in front of veterans like Navjot Singh Sidhu and Shatrughan Sinha. I plan to give it my best and I hope the audiences except me the way they have done in the past"

The Baap of Laughter Shows returns to Star One and is all set to entertain and keep viewers in splits with more laughter and absolutely unadulterated humor, which will keep you craving for more! So get ready to be entertained, the fun has just begun!

Shalu Sharma 14 years ago everybody has right to show their talent. we have to give a chance to every new comer

+ 2
14 years ago ohh thats an unexpected choice..all the best to her

14 years ago ishq vishq ryt?
so she's moved from movies to tv? kwl