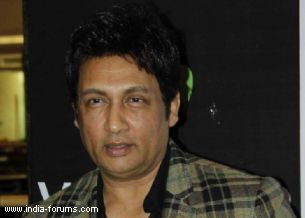 Actor-filmmaker Shekhar Suman has decided to shift the release date of his son Adhyayan's comeback film "Heartless" from Jan 31 to Feb 7 next year to make way for Bhushan Kumar's wife Divya Khosla's "Yaariyan".

"I did zero in on Jan 31 for our film's release after many many months of delay," said Shekhar.

"You see, 'Heartless' is my first film as a producer-director. I had no idea what I was getting into, and how to complete and release the film on time. We originally planned to release it April 28, 2012. But I had to change my plans because I had no idea post-production would take such a long time," he added.

"I wanted 'Krrish 3', 'Dhoom 3' and 'Jai Ho' out of the way and Jan 31 seemed perfect. But then Bhushan called and said his wife's film was releasing on Jan 31. So I had no choice but to move ahead by a week," he said.

Apparently, Bhushan wants a "free" Friday for his wife's film and has asked all concerned filmmakers to make adjustment accordingly.

"I just had to move by a week. Feb 7 is terrific date. I love the number 7. It's one of the best numbers. It's also the number approved by my tarot card reader.I don't do anything without consulting her. My son has waited so long to make a comeback. One extra week won't affect him."

"Addy's 'Raaz 2' was a hit. His 'Jashnn' featured him as a musician, something like what Aditya Roy Kapoor in 'Aashiqui 2'. Mahesh Bhatt saab, who produced 'Jashnn', compared Adhyayan to James Dean. But the film was never publicised properly. It crashed. And my boy's career nosedived," said Shekhar.

Worst of all, Adhyayan got into a stormy relationship with Kangana Ranaut, who was his co-star in "Raaz 2- The Mystery begins".

"Addy got into the wrong relationship. So many other people fall for the wrong girl. They don't pay such a heavy price for it. Addy's life was turned upside down. Fortunately, those hard times are behind us now. Addy is ready to rise and shine again."

"Heartless" is an emotional journey of a young man from falling ill to healing.

"My son, our little angel, Ayush (who passed away at the age of 11) is watching from heaven. He's our guardian angel. He will make sure his brother's three-year exile would come to a happy ending. Addy has suffered immensely. But now he is a tougher guy and a better actor. Pain is the best learning curve in anyone's life," said Shekhar.