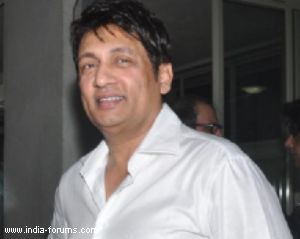 Actor Shekhar Suman is looking forward to wearing the director's hat for "Heartless" - a medical thriller featuring his son Adhyayan in the lead.

"I am looking at starting the shooting in May this year. The film has Adhyayan with Giselli Monteiro. It's a medical thriller," Shekhar told IANS.

There's a reason why the movie is titled "Helpless".

"The film talks about anaesthesia awareness... there are times when a patient is unconscious but can still feel the pain. It is about a guy who undergoes heart transplant, and even under anaesthesia, he can hear everything -- a conspiracy -- but he can't do anything because his body is paralysed for that moment.

"How that conspiracy and his helplessness changes his life forever is what the story is about," he added.

Till he begins to shoot the film, the 50-plus actor, who defies age with his fit frame, charm and enthusiasm, is back to entertain the audience with his cult show "Movers & Shakers".

"I think its a great thing if I look young... but I think its just because I don't think too much about age. I just take care of my food, I go to the gym. That's all," said Shekhar.

Besides social activist Anna Hazare as the special guest on the premiere episode of the show, Shekhar hopes to give a "red carpet welcome" to all those in news for "engineering scams".

"I think all these people who have recently been involved in scams will be especially welcome on the show, so that we can ask them how did they ever think of such scams... it's amazing how they could think of the ideas. So as a common man, I'd be curious to know," said Shekhar, who recently resigned from the Congress party.

The show will have Shekhar taking humorous digs at topical issues and people, with oodles of entertainment.

He says it was imperative for him to bid adieu to politics at least till he was involved with the new "Movers & Shakers".

"I had to be apolitical for a show like 'Movers & Shakers' because if I am associated with any party, I would be restricted in what I have to say. Now I have no such hassles," he said, adding that he is uncertain whether he would align himself with any party in the near future.