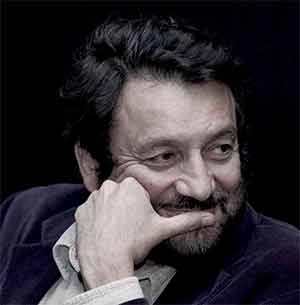 There's a special reason why Shekhar Kapoor agreed to face the arc lights for 2013 film "Vishwaroopam" as well as for its sequel. He says it's because the movie gives him the rare chance to work with cine icon Kamal Haasan.

"It's the only way I can get to work with the incredible Kamal Haasan. 'Vishwaroopam 2'," Kapur, who essays the role of Colonel Jaganaathan in the movie, posted on his Twitter page on Christmas Wednesday.

He is in the picturesque hills of Kodaikanal to shoot for the sequel, and he is happily soaking in the sun, as was visible via a photograph that he posted on the microblogging site.

"Sunset at Kodaikanal. Incredible India. While on shoot for 'Vishwaroopam 2'," he posted as a caption to the image.

"Vishwaroopam 2", a Tamil-Hindi bilingual spy-thriller, is written and directed by Kamal, who also plays the role of Major Wisam Ahmad Kashmiri.

Urmila Matondkar Does Not Regret, But Ready to Apologise for ...
15 minutes ago

Shabana Azmi speaks about recovering from her Devastating ...
38 minutes ago

Who is AK in Sushant's Unseen Video that has Surfaced? Watch ...
42 minutes ago