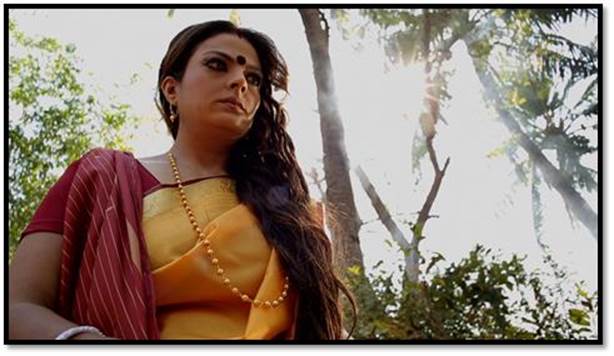 Sony Entertainment Television's Bhoot Aaya is all set to enthrall its audience with yet another spine chilling episode this weekend. The thriller wills two fold when the gorgeous actor Sheeba, also the producer of the show, will be the part of the episode. Sheeba will be seen portraying the role of a Bengali mother who will fight with supernatural forces in order to save her daughter. Sharing screen with the stunning diva will be none other than the talented theater actor Makarand Deshpande.

Talking about her experience on being part of Bhoot Aaya, Sheeba says "It was an exciting story and a concept of Bengali tradition was the reason that attracted me to be a part of it. It was great experience and working with my husband who also directed me has portrayed the story very well in the series. It is always fun to work with Makrand, we have done couple of movies in the past and have managed to give an interesting combination on screen."

Sharing his association with Bhoot Aaya, Makrand Deshpande says "I feel work chooses you and you don't choose it. Bhoot Aaya is a really wonderful concept which is full of excitement, drama and gripping series. Akashdeep Sabir, the producer of the show is my best friend and most important person in my life because of which I couldn't say no.  The role which I play was quite a challenging one and I love to be the part of horror generics."

The episode will also feature the star cast of the movie Gang of Ghosts'. The leading cast of the movie - Sharman Joshi, Mahi Gill, and the talented actors Satish Kaushik and Anupam Kher will be seen narrating a gripping series of a mother-daughter who fall victims to Nishi Daak (a call for supernatural force which is usually governed by a tantric).

+ 3
10 years ago Congrats to all the winners! Yet another award in the kitty of Sushant and PR... Sushant won almost every award this year.... hope the next year goes just as well for him. :-)