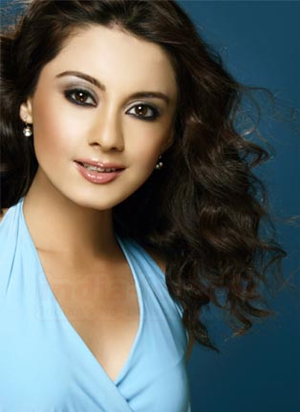 Starting her career with the film "Yahaan", the actress Minisha Lamba has bagged series of films, but it has been really unfortunate that the actress could not prove her caliber in Bollywood. Having acted in just three films in the last three years, the gorgeous actress is striving hard to make her dreams true. The actress faces an acid test in the film 'Shaurya', where she portrays the character of a war reporter.

Here is an interview with Minisha Lamba..

Q.: What do you understand by the word "Shaurya"?

A.: For me, the word "Shaurya" means the presence of many positive characteristics within us, before commencing something courageous. I never think that "Shaurya" means something where you forget all your jobs and come to the street showing off your power against something odd. "Shaurya" also means that you remain good-natured, but build yourself so tough that no other can utilize your decency.

Q.: Have you ever done anything that proves your "Shaurya"?

A.: See, "Shaurya" never means that you just show off the flag of what you have done. Even everyday in and out, we face several such situations where we have chances to protest against all odds. For example, if you travel in buses, you may witness someone teasing any lady or someone can tease you too. If you have the true courage, you can protest there. That will be your "Shourya".

Q.: Please tell us about your character in the film "Shaurya".

A.: In "Shaurya", I am playing the role of Kavya Shastri, who is a war reporter. She takes the risk of her life for collecting news from the war front. It's a very important character for me as with this character, I can fulfill my childhood dream of becoming a war reporter, at least in my reel life, if not in reality.

Q.: In India, Burkha Dutt is known as the war reporter. Did you play your character under her influence?

A.: Not at all. Since my childhood, Christiane Amanpour is the only inspiration behind my wish to become a war reporter. Christiane Amanpour is famous for her reports of Persian Gulf War as well as the reports of Bosnian War. Though she is basically from Iran, she is known as a French lady. Due to her reports of tensed war-zones of Kashmir, Czechoslovakia, as well as Middle East countries, she achieved incomparable fame. I have played my role keeping Christiane in my mind. In India, we see the requirement of more number of ladies in different areas of armed forces. I think women must come and explore this field of work also. In that way they can not only prove their ability but also can open up to others, the humane parts of these areas. 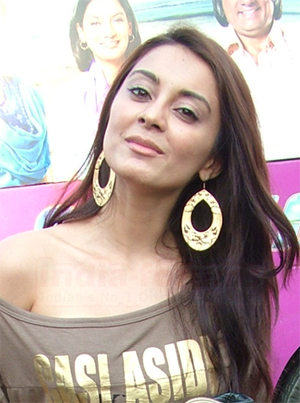 Q.: You had the dream to become a reporter. Tell us if you were a reporter, then who would be the first five persons you would like to interview?

A.: Sonia Gandhi would be the first name whom I would like to interview. It's because she took birth in Italy, but is now living in India with the responsibility of the security of the nation. She forgot her own language and accepted Hindi as her own language. Besides, the most important thing is she is a woman. My second preference would be Martin Luther King. I would like talk to him about his autobiography. The third in my list would be John Lenin. He did exactly the thing that he believed in. I think he shows the "Shaurya" in the actual sense. James Dean would be the fourth personality. He died at a very tender age and we don't know much about the character. The last in my list would be the Prime Minister of Burma. I am sorry that I forgot his name. But I am really willing to interview him. He thinks the success of his political view in the happiness of the people of the nation. For him, the improvement of a nation lies in successfully providing food, shelter and cloth to the people of the nation.

Q.: You are with Rahul Bose in this film. How was the experience of working with him?

A.: It was a nice experience. He is not only an excellent actor, but also a non-stop flow of energy. I am in the film with Rahul, but there is no scope of watching the chemistry between us onscreen as it's not at all a romantic film. The film is all about the characters' duties and courage. The love story in this film is much matured. In this film, two people come close to each other in such a time while they need each other.

Q.: The story of the film matches with that of your first film "Yahaan". Besides the shooting location also was Manali. Did you feel nostalgic while shooting for "Shaurya"?

A.: Yeah, while shooting for this film I recapped many moments of "Yahaan". There were many times while we went to the same locations where we shot "Yahaan". And we stayed in the same hotel where I stayed for "Yahaan". So, it was something like coming back home.

A.: There are films like Anant Mahadevan's "Anamika", Sanjay Gadvi's "Kidnap" and Sidharth Anand's one unnamed film. Amongst them, "Anamika" will be released in April or May in this year. 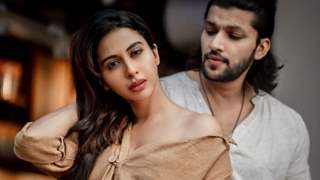