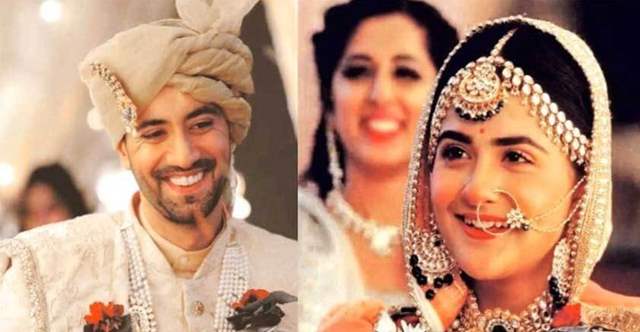 Star Plus show Shaurya Aur Anokhi Ki Kahani is getting all the love from the audience. The cast and the storyline of the show are being well received. The show is produced by DJ’s Creative Unit and has an ensemble cast including Karanvir Sharma, Debattama Saha, Alka Kaushal, Khalid Siddiqui, Falaq Naaz, Suraj Thappar, Swarda Thigale among others.

The current track revolves around Tej creating yet another hurdle in Shaurya and Anokhi’s wedding as he prepones an exam that Anokhi is supposed to give. Anokhi was caught in a dilemma about the same but Shaurya supported her and asked her to go and give her exams and return before the auspicious time. Anokhi is elated to have such an understanding partner. She rushes to the exam hall and gives the exam in a bridal outfit. After the exam, she is set to return to the wedding venue but she learns about a truck accident on her way, she feels dejected as she won’t be able to reach the venue until the auspicious time.

Ahir informs Shaurya about the truck accident and he feels upset. Anokhi is stressed and struggles to leave college but she gets surprised to see Shaurya and the entire family in college premises. Shaurya states that an educational institute is a temple in itself and hence they should get married in the college. Anokhi is left elated at Shaurya’s efforts and his thoughts. Finally, ShaKhi gets married.

2 months ago What a beautifully shot wedding it was! The happy smiles, dialogues and the scenes looked genuinely real and not a bit scripted. A rarity on TV shows!

2 months ago ShaKhi is an emotion. Today's episode was magical. Keep rocking Debattma and Karanvir like you always do.

2 months ago Debattama Saha and Karanvir Sharma are amazing as ShaKhi!! Such a beautiful and happy wedding on Shaurya Aur Anokhi Ki Kahani(on Starplus)!!