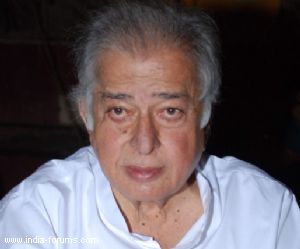 "He underwent cataract surgery. It was done at the Kokilaben Dhirubhai Ambani Hospital by Dr. Seema Behl. He is doing well and was discharged today," Ram Narain, doctor and COO of the hospital, told IANS Friday.

Born to Prithviraj Kapoor, he is the younger brother of late stars Raj Kapoor and Shammi Kapoor. He is known for films like "Satyam Shivam Sundaram", "Heeralal Pannalal" and "Namak Halaal".

Tina Philip roped in for Shashi Sumeet's Next?

Rhea Sharma to be seen in Ekta Kapoor's next?
57 minutes ago