The very popular jodi of Thakur Digvijay Singh, played by Sharad Kelkar and Amoli aka Supriya Kumari from Colors Bairi Piya will soon go unseen with the show going off air this week. The abrupt ending of the show has not only displeased the loyal fans, but also the actors. 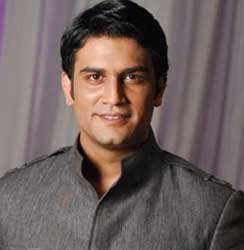 Sharad Kelkar who effortlessly played the double shaded protagonist in the show told TellyBuzz, "I'm really very sad that the show is ending. At the end of it, it's the channel's call and to be frank it's a profit and loss game. As actors we could just inquire why such a decision was taken, but cannot not do much to change the decision taken".

Sharad is unhappy with the timing of the show's ending. As we know, the pair of Thakur and Amoli was receiving an enormous response for their chemistry together. "See in any fiction show when the lead characters unite after ample differences, it's always a big thing and according to me that clicked with the audience. Also it's more upsetting that the show is ending when the track was building up for an interesting future."

When inquired about his take on the low TRP ratings of his show he said, "On a personal front I don't think that the TRP of our show was that bad when compared to the other shows in the same time slot. I think they had to make way for their new projects, so like other shows they planned to scrap ours too."

Sharad is in fact pleased to see the audience reaction who have been sending petitions for the show to continue. "Yes I myself have been receiving around lakhs of mails regarding the same, but as Ashwini Yardi said in her interview that, 'Every good thing has to come to an end', I'm taking it positively that they would at least try starting a sequel of Bairi Piya, that is if audience demand is really strong", saying which he signed off.

Kinza22 9 years ago Sharad we wanna see you in BP's Sequel...not in any side kinda role like in Uttaran...!!!

9 years ago Sharad & Supriya, plzzz return on-screen with BP-2 or a new show with u both as the lead pair. Missing ur awwesome chemistry & screen presence verrry much.

zobie44 10 years ago Just wanna see Sharad nd Supriya as a leading pair in any show...!!!

10 years ago Amazing chemistry and brillant leads of Bairi Piya. Bring them back.

10 years ago all the best for ur upcoming awards Sharad...nd awesome performance in Uttran !!!