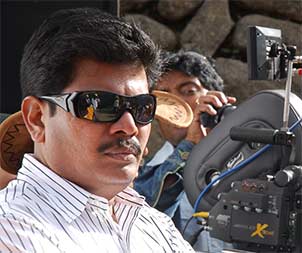 Director Shankar says that shooting for his Tamil romantic-thriller "Ai" will be completed as soon as they wrap up the last song with Amy Jackson. He is readying it for a summer release.

The film has been on floors for close to two years.

Visual effects company Weta, which has worked on films such as "The Lord of the Rings" and "The Hobbit" trilogy, has been working on the special effects of the film.

"'A to Y' of 'Ai' is completed after lot of hurdles. Vikram and Weta's shoot was completed by Feb 25. 'Z' - left is only one song with Amy," Shankar posted on his Facebook page and added that post production work like editing and dubbing are in full swing.

While a host of foreign technicians have worked on the film, Oscar-winning composer A.R. Rahman has composed the tunes.

Shankar says the film may likely come out during summer.

"Frequently asked about the release. If all is well, 'Ai' will be ready for summer. Since this is a big film the release depends upon the producer's plan," he further posted.

"Ai" will dubbed in Telugu as "Manoharudu" and released.