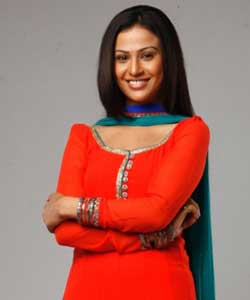 Imagine' Looteri Dulhan, produced by BAG Films will see a major twist in the coming episodes when it will be revealed that Abhinav (Mrunal Jain) is actually married.

We hear that Abhinav's  blast from  the past will make way for an interesting story line.

When contacted, Shalini confirmed the news and said, "Yes, it is true that I will be entering Looteri Dulhan. However I do not know much on my character as I have not started shoot.

If sources are to be believed, the first wife's character will be positive.

Let's see how Billo's life changes when she gets to know this truth...

-JaZ- 9 years ago oh god..y do they bring this twist when abhinav-billu is the only enjoying part of this show...

.Vrish. 9 years ago This is too funny - Biloo robs grooms for a living, and when she marries for real, she finds out that she's a 2nd wife. Priceless

kelly12 9 years ago so why did she quit the other show again??

.SilentPrincess 9 years ago I think she got short term memory loss and thats why she forgot why she quit RSBP

notavailable 9 years ago Wow.. as far as I know she quit Pratha cos she wanted to do Bollywood.. and Looteri Dulhan ain't a movie :D

"Sushant Singh Rajput died by Strangulation and Not ...
46 minutes ago

Roadies Revolution: Double eviction and many more surprises ...
52 minutes ago