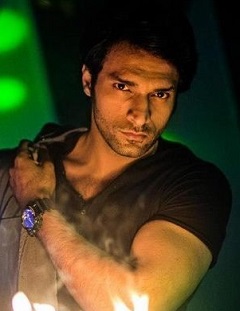 The good looking and talented actor Shaleen Malhotra who played a daring cop in Four Lions' popular thriller show Arjun on Star Plus, might make a comeback on television very soon.

The actor who has been approached to play the negative in Colors' popular show Rangrasiya, is also in talks with 2 other shows for Sony TV.

Our source says, "Shaleen has been approached for two upcoming shows on Sony by DJ's and Four Lions' respectively. Shaleen has already given a look test for both the upcoming shows and he is in talks with the production house and the channel."

We contacted Shaleen but he remained unavailable to comment.

All the best Shaleen!

Hosh_04 6 years ago Whichever role you get shaleen Malhotra, I know you will do full justice to it!!! All the best sha and hope to see on screen soon

Shamsad1607 6 years ago Looking forward to see Sha again on TV...I hope he's next show can stick me to TV like his previous one did!

Folla55 6 years ago Rangrasiya rocks...loving it and also enjoying .

BabyHimavari 6 years ago Waiting for you to c again on screen All d best Shaleen Malhotra.

Bewakoof 6 years ago Rangrasiya is the best show on colors...