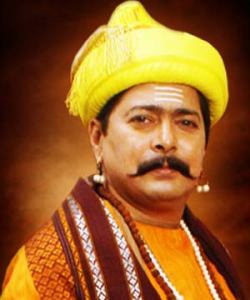 Tellybuzz had exclusively reported about Star Desh coming up with a high budget costume drama titled as Mahadev.

A source says, "Shailesh Dattar last seen on Imagine TV's Baba Aiso Varr Dhundo is all set to star in Mahadev. He had earlier done a costume drama for Zee TV. Shailesh Dattar will essay the role of Naradmuni in Mahadev who is known for his witty questions."

In spite of being down with viral, Shailesh Dattar commented, "Yes, I will be essaying a very important character from the mythology and I am looking forward to it."

cookie09 11 years ago it is true that it looks like show off of affection in public.. it's not required but it's personal choice. aish is happily married with abhishek and i wish her all the happiness in future. everyone has right to live happily in a good family which even she does. I don't think it's anything wrong when even abhishek loved her and proposed her.

blyton 11 years ago I find this the most disgusting trend in Bollywood, there are better ways of proving your "love" than that.....and by the way why should one need to "prove" one's love anyway?

aandhanika 11 years ago Waw... that sounds suprising i mean.. this is a new trend i see... but yeah it sounds really cool and you can also see how much they love each other... after Abhi i think John will tattoo Bipasha name tooo

stranger.67 11 years ago @ startkhadija...did she tell u she is after his surname or his status she has a better status den him juss cuz she wanted to get married in respected family dosent mean she is bad nd she is not da one who wanted to marry him its him who propose her she knows she is better all da way den otherz she dun need money fame name status she is herself everything y pplz always have to think negative...haterz!!!

StarKhadija 11 years ago what a person to tatoo on your hand, when is abhi going to realise she is only after his Surname and Status?????

-MakhanMalaai- 11 years ago Goddd.. this tattoo trend i hatee it.. and also the Bachchan clan is absolutly CRAZY

LMAO ash isant worth it

Parth Samthaan: Kasautii Zindagii Kay has shaped me as an ...
20 minutes ago