View Profile
After seeing how much work his stepmother Supriya Pathak put into his upcoming film Mausam, Shahid Kapoor 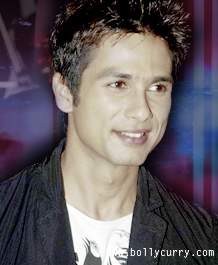 decides that it's only fair that she receives the credit she has well earned.
Supriya Pathak has contributed towards the film in multiple ways. Her responsibilities ranged from coordinating lighting of sets to lighting to overlooking dialog execution to perfecting costumes for the actors.

Apart from being a leading right hand on the professional front, her presence on the sets has assured that director and man of the Kapur house Pankaj does not neglect his food and medicines getting busy with work. After all the devoted attention that she has given to the entire film making process, Shahid believes that she deserves to be named and billed as the associate director.
Even producer of the film, Sheetal Talwar accepts the fact that Supriya Pathak has played her part to deserve the official title in credits.
While in pure professional terms, Supriya wins her share, we are sure what is more endearing to her is the insistence of dues from step son Shahid.