View Profile
Earlier this month, BollyCurry informed you about Shahid Kapoor being persistently stalked by an obsessed female fan. Now, we bring to you the name of the lady in disguise. 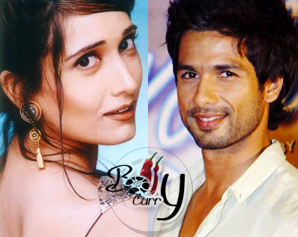 Sources reveal that the mysterious girl is none other than Vastavikta Pandit, late veteran actor Raj Kumar's daughter. In her craze, Vastavikta has gone to the extent of reaching Shahid's 13th floor apartment. She has even absurdly claimed herself as being his wife, and taken to following him to the sets of recent shoots.
Buzz around town is that obsessive Vastavikta met Shahid at Shiamak Davar's dance classes and instantly fell for him, which marked the beginning of the stalking instances.
Shahid, who had earlier ignored the entire matter owing to the familiarity of the girl's background, finally went ahead and lodged a complaint against her in Versova police station on Saturday.
The police is on the look out for Vastavikta who has now gone missing.
Vastavikta, who has not succeeded in making her mark in B-Town as an actress, made her debut in Karan Razdan's Eight-The Power of Shani.

Here's hoping that the issue gets sorted out soon and Shahid can be at peace once again!

Kangana Ranaut tried to mock Deepika, Sara and Shraddha for ...
53 minutes ago